Home
Dog Articles
10 Fastest Dog Breeds on Earth
This post contains affiliate links, and I will be compensated if you make a purchase after clicking on my links, at no cost to you. 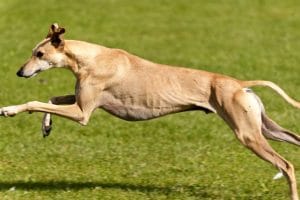 If you’re thinking about bringing a dog into your family, there are a lot of factors to consider. There are so many different breeds, and each one has certain characteristics that may better suit your needs. If hunting, racing, or agility competitions are something that you intend on doing with your pooch, than you’re going to want to choose a breed that is built for speed.

While a lot of canines are fast, some are a way faster than others. Not surprisingly, the fastest breeds are large, agile, slender, and stand on long legs that can carry them far distance; however, you’ll be surprised to learn that there are some smaller breeds that can outrun their bigger counterparts, such as the Jack Russell terrier. But, if you’re looking for a super fast canine companion, than you’re definitely going to want to consider one of the following breeds, which are considered the 10 fastest on the planet.

Leading the list of the fastest dog breeds on earth is the Greyhound, which really comes as no surprise. Reaching speeds of up to 45 mph, this breed is the fastest on earth – and one of the oldest. The greyhound is believed to have originated in Egypt, was initially bred to chase fast game, like foxes, hair, and deer. As they were used for racing, their speed increased even more. It’s important to note, however, that the Greyhound is not an endurance runner, but rather a sprinter. They also lie to spend their downtime curled up on a comfortable dog bed or sprawled out on a couch. They do well with families; however, do be aware that they can be a bit skittish of other animals and loud noises. Adopting an adult retired greyhound is recommended in lieu of purchasing from a breeder or kennel.

Once referred to as the “Persian Greyhound”, reaching speeds of up to 42mph, the Saluki is the second-fastest breed in the world, and one of the oldest, too. Images of dogs that have a striking resemblance to the Saluki have been found in ancient Egyptian hieroglyphics that date back to 2100 BCE. Carvings have also been found in the Summerian Empire that date back to 7,000 BCE. It’s believed that they were bred to hunt gazelles; so it’s no wonder why they are so speedy. The Saluki is tall, lean, and muscular. They tend to be independent and are often “aloof”. They are also extremely intelligent and should be able to pick up any commands and tricks from a dog training book in no time.

This breed is believed to be the descendent of the Greyhound, so it’s definitely no surprise that they are almost as fast. Whippets can also run at speeds of up to 40 mph and was originally bred to catch rats, rabbits, and hares. They have a tendency to quickly snap up their prey, hence why they are often referred to as “snap dogs”. Their double suspension gallop, which results in all four legs being pulled up two times with each stride they take, allows the Whippet to accelerate so quickly. This breed is docile and good-natured. A few walks a day on a well-fitted dog harness, some play time and belly rubs will keep a Whippet happy.

The Afghan Hound shares fastest dog in the world with the Whippet, as they, too, can reach speeds in excess of 40 mph. It’s also one of the oldest dogs on the planet. They originate from Afghanistan, where they were bred to hunt in the mountains and desserts. This breed has a striking appearance; their tall, lean, and have a long coat of flowing hair that locks in hit on those chilly Afghan mountains and dessert nights. They have a pleasant disposition and mesh well with other animals and small children. However, do make sure you are ready to keep up with grooming; a high quality dog brush, dog shampoo, and dog grooming clippers are recommended to keep their coats maintained. You might want to invest in a vacuum for dog hair, too.

The Vizla is another ancient canine breed that can run up to 40 mph, too. Originated in Hungary, this breed served as pointer and a retriever. If you are looking for a fast, affectionate dog, than the Vizla will not disappoint. They love spending time with their human companions and will go above and beyond to please them. Make sure you have plenty of interactive dog toys and perhaps a few automatic fetch machines to keep this pooch entertained; they require a lot of activity, otherwise they can be destructive.  They are also prone to separation anxiety, which medications for dogs can effectively help ease.

As mentioned, the majority of the fastest dogs on the planet are large breeds; the Jack Russell terrier is an exception. Bred to hunt foxes, their fast speed (up to 38 mph) can outrun these animals, and their short stature can follow them into their dens. Since they are on the smaller side, Jack Russell terriers are great companions in small homes; however, they are extremely energetic, so be prepared to give your pup lots of exercise.  They do tend to run when they pick up a scent, so a leash for dogs that pull is a wise idea until your pup has mastered walking without pulling. This breed is also highly intelligent and can excel at all types of sports. With the right tools, such as a training whistle, you can easily teach a Jack Russell to obey various commands and execute tricks.

The Dalmatian is best known for spotted coat; however, they are also incredibly fast. Reaching speeds of up to 37 mph, this breed can certainly outrun many other dogs. They originated in Croatia and were as carriage dogs that ran alongside the carriages of nobles, fending off robbers and protecting horses. They have also held some other interesting job title, including firehouse dogs (perhaps their most famous role) and even circus performers. This breed is extremely loyal and affectionate, but they do require a lot of attention. Additionally, they can suffer from allergies and delicate tummies, but feeding your pooch a dog food for allergies or a dog food for sensitive stomachs can be helpful.

Dobermans were bred to serve as guard dogs, so their instincts for guarding and protecting are very strong. Unfortunately, it is these traits that have made many people fearful of the Doberman; however, with proper training, socialization, exercise, and affection, this breed can make a fantastic family pet. They are quite smart and love to play; puzzle toys for dogs will keep your Doberman entertained and out of mischief. And of course, they are fast; this breed can run up to 32 mph.

It’s hard to imagine one of the largest dogs being one of the fastest, but the Great Dane can surprisingly reach speeds of nearly 30 mph. This dog is massive; adult male can stand as tall as 32 inches! Known as the “gentle giant”, Great Danes make a wonderful addition to families with children and other pets. They are love affection, so don’t be surprised if your giant furry companion tries to curl up on your lap! They do have special dietary needs to support their massive size, so make sure you are filling his dog bowl with a premium-quality food for large dogs.

Last on our list of the fastest dog breeds on earth is the German Shepherd. This breed is one of the most beloved breeds, and for good reason; they are intelligent, loyal, playful, and affectionate. Reaching speeds of up to 30 mph, the German Shepherd was bred to corral sheep in Germany. Their speed, strength, intelligence, and loyalty makes this breed quite versatile, as they can serve in a number of roles, including search and rescue, law enforcement, and service dogs. Unfortunately, this breed is prone to a number of health issues, such as hip dysplasia and arthritis. To ensure your pup is getting the right nutrients he needs to offset these issues, feed him a high-quality dog food for German Shepherds.

While you’re here, be sure to check out our dog product reviews! 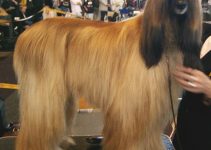 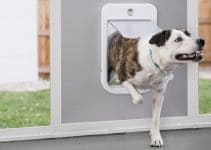 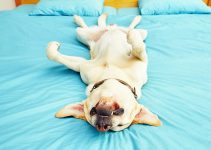 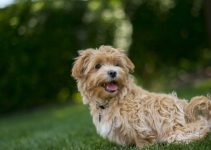 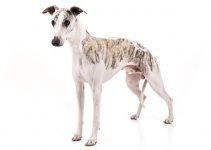 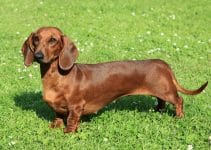