These dogs are a working breed and play their roles efficiently as a companion and a guard dog. They are known for their loyal and friendly nature. Due to these traits, they make up great family pets.

We have shared a complete guide, below, which will help you in making up your mind to buy an American Bull Dane.

The American Bull Dane originated in the United States. However, the exact year when the breeders first started breeding them, is yet unknown. The history of the American Bull Dane is not much well recorded. So, the best possible way to understand them is to analyze their parents.

The American Bulldogs are known to have their origins in the United States. They were the descendants of Bullmastiffs. The prime purpose to use them was to hunt wild bores which harmed crops. Formerly, this breed was really aggressive and strong head, however, by constant selective breeding, the aggressive instincts of the breed were eliminated.

On the other hand, the Great Dane hails from Germany. These dogs were known for their immense stamina and speed. They were popular as hunting dogs in Germany. They are also known to be quite skilled when it comes to carrying out their duties as watchdogs.

The American Bull Dane is one of the large sized dogs which can have a height approximately 27-35 inches. The giant male versions weigh around 110-200 pounds while the females are around 100-190 pounds. The appearance of these dogs depends upon the dominance of traits.

These dogs usually have a long tail that is narrow. They have a sleek shiny coat that is shorter in length. The coat can be found to have a wide range of color combinations but the most common one is of black and white. These dogs might have a completely white body with random black patches of various shapes and sizes. Overall, the American Bull Dane has a muscular and sturdy build.

The American Bulldogs are known to be great companion and guard dogs. Once you pet these dogs, you get a loyal and affectionate lifetime companion. These dogs are known to have a friendly nature and can get along well with other dogs too. However, their fierce gigantic look might frighten kids.

They can even harm small animals and kids. If you have younger kids, we would suggest you to either go for some other dogs or socialize them. If these dogs are not socialized from an early age, they will become really protective when some stranger is around or when they see a new pet.

Like other dogs, the American Bull Dane also requires a significant amount of attention and care. To ensure that you do that in the best way possible, we have discussed all the necessary details below.

The American Bull Dane is a large dog, so you should plan its diet accordingly. You should make sure that they are neither getting overfed nor they are under nourished. Obesity is quite common in larger dogs so, we would advise you to visit a veterinarian when you are planning its diet. However, a good breeder will always inform you the diet which the dog was previously having.

Typically, a large sized dog is fed with 3 cups of kibble per day but these quantities can be different for the American Bull Dane. You should monitor their calorie intake well and it is also important that you give them proper portions in each meal.

The best part about petting an American Bull Dane is that you do not have to invest much time in their grooming. These dogs have a shorter coat which does not shed much often. These digs are known to be moderate shedders. You can use a bristle brush to brush them at least once a week.

You should clean their ears every week by using a damp cloth. Along with that, you should also check their nails and cut them once they get long. Since these dogs have a smooth and shiny coat, they do not require frequent bathing. However, dental hygiene carries a lot of significance. So, you should brush their teeth daily.

Although these dogs come from an active hunting lineage, they tend to have lower activity levels. They do not require much longer walks on a daily basis. They can even spend their whole day sitting in home without doing anything.

However, they do love it when you take them on some adventurous trip. You should arrange some activities for these dogs on a daily basis to prevent them from becoming lazy. They do love playing so, you should play with them for around 30-40 minutes on a  daily basis. You can also take them on 2-3 small walks ever day.

The American Bull Dane is comparatively easier to maintain when it comes to grooming. However, we would still not recommend this dog to the first timers. This is because of their large size. They are also quite difficult to train at times. You are supposed to stay consistent and firm, when it comes to training them. Taking care of all the aspects is important to maintain these dogs well.

The American Bull Dane is a healthy breed. Therefore, it does not have any major health disorders. However, if you do not take a good care of these dogs diet, they might get hip or elbow dysplasia. Obesity is also a very common issue in the larger dogs.

You should take them for a complete medical checkup atleast once a year to ensure a good health. These dogs are reported to have no inherited disorders. If they stay healthy, the American Bull Danes can live typically for 10-13 years. 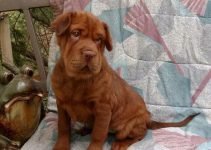 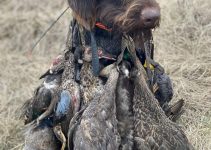 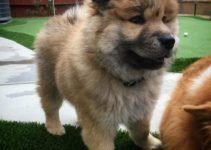 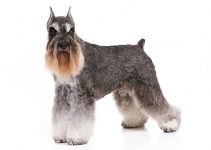