Home
Dog Articles
American Bull-Jack Dog Breed Information – All You Need to Know
This post contains affiliate links, and I will be compensated if you make a purchase after clicking on my links, at no cost to you.

As one of the more recent hybrid breeds, the American Bull-Jack was developed in the early 2000s, and there isn’t much history there. But the parent breeds do have a history that dates back several hundreds of years.

The Jack Russell Terrier is formally known by the American Kennel Club as the Parson Russell Terrier. The breed was named after the reverend who developed it. Reverend John “Jack” Russell was known as The Sporting Parson, and he wanted a dog that could help him with hunting small game. His breed is able to work independently and can hunt fox both above and below ground.

The American Bull-Jack is a medium-sized dog thanks to its American Bulldog parent. The breed can grow to be 25 inches and weigh up to 45 pounds with a broad head and medium length muzzle, that is a little shorter than the head.

The other physical traits are generally and even 50/50 split between both parents. The American Bull-Jack often have a dual color combination to their coat with one of the colors being white, and distinctive facial markings such as an eye patch of color. The texture of its coat can be like that of either parent, short and sleek, or half smooth and half harsh.

Both parent breeds of the American Bull-Jack have been known to have stubborn streaks so don’t be surprised if hybrid has one as well. Socialization and training are important to temper this part of his personality before it becomes too much.

The American Bull-Jack is a caring, attentive, calm breed of dog that loves its family and is a loyal family pet. With early socialization and training the breed can be good with children and other family pets. Without the socialization they may have a tendency to chase other pets.

Caring for an American Bull-Jack is relatively easy as they don’t require a lot of maintenance. There are some maintenance tasks that will need to be done on a regular basis, but not frequently. The main focus of care is with the activity levels for the American Bull-Jack.

American Bull-Jacks should be fed between 1 ½ to 2 ½ cups of high-quality kibble, split into at least two meals daily. As they have a high activity level, it is important that your American Bull-Jack is getting the proper nutrition with a mix of high protein, healthy fats and carbs to replenish all of their burned calories.

American Bull-Jacks have short, dense coats, with moderate shedding and should be brushed at least once a week to ensure the elimination of dirt and debris, as well as dead hair, leaving them with a nice shiny, healthy coat. The American Bull-Jack should only be bathed when they are dirty or extremely smelly. Too much bathing can interfere with the natural oils of the skin.

The American Bull-Jack is an energetic and active breed who needs lots of exercise but shouldn’t be left alone to run around in a backyard as it will likely destroy whatever it can. While they need to be exercised be careful not to let them overdo it, or they could end up having breathing difficulties, which is a common trait amongst bulldog breeds.

The American Bull-Jack does require a little maintenance. Their nails should be clipped once, or twice a month, unless they are worn down naturally. Their ears should be checked and wiped down once a week and their teeth should be cleaned two to three times a week.

Your American Bull-Jack’s muscular physique requires a holistic meal for apt maintenance, so the best dog food to feed your American Bull-Jack would be Taste of The Wild Pacific Stream Canine Recipe Dog Food. This wholesome meal promises a nutrient-dense recipe that would help your American Bull-Jack maintain his physique. It does that by using natural smoked salmon as its primary ingredient, which is not just rich in taste but carries a hefty amount of protein as well. 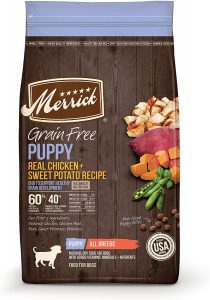 Your energetic American Bull-Jack puppy will require hefty nutrition since his puppyhood, so the best one in this regard is Merrick Grain-Free Puppy Food. This highly nutritious meal features naturally sourced ingredients for providing better mental and physical development. Your American Bull-Jack puppy will receive a holistic blend of protein, covering 60% of the meal. 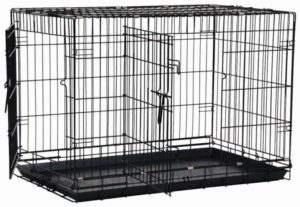 Your American Bull-Jack will require a safe and secure relaxing space, also known as a dog crate, in your absence as well, so the best dog crate in this regard would be Precision Pet Products Great Crate Double Door Dog Crate. This dog crate features a well-welded stricture that is engineered using electro-coated wires that are latched for extra security. Therefore, you can be sure that your American Bull-Jack will stay safe in it. 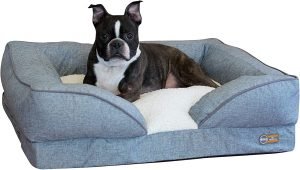 To help your American Bull-Jack retain the most out of his naps, you are required to bring the best dog bed for him, and it will not be wrong if we say that K&H Pet Products Orthopedic Bolster Dog Bed would be the right choice for your American Bull-Jack. This premium-quality dog bed is a true definition of relaxation and comfort when it comes to resting time. With a 3-inches high memory foam covered in a super-soft microfleece fabric, this dog bed would be ideal for providing relief in muscle and joint pains.

You will need an efficient dog harness to control your American Bull-Jack during long walks better, so the best one would be Chai’s Choice 3M Reflective Dog Harness. This dog harness is a great choice for both day-time and night-time walks. Furthermore, its design is such that the well-padded chest piece makes it easier and more comfortable for you to control your American Bull-Jack.

You have to buy an attractive dog collar that is comfortable enough for your American Bull-Jack to wear, so the best dog collar would be Blueberry Pets Nautical Prints Dog Collar. This collar’s strap is entirely made using a high-quality polyester webbing, while the buckle is made using plastic. So, the overall design is pretty durable that can promise you several safe and comfortable walks. 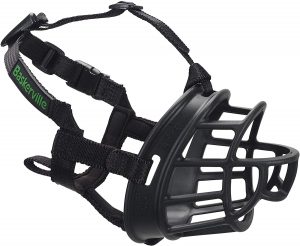 It is essential to bring a muzzle for better control of your American Bull-Jack’s potentially negative behavior, so the best dog muzzle in this regard would be Baskerville Ultra Dog Muzzle. The makers have used thermoplastic rubber to ensure this muzzle’s longevity, as thermoplastic is pretty durable and resistant to weather changes. This muzzle features a basket-like design, so your American Bull-Jack will have an airy experience. 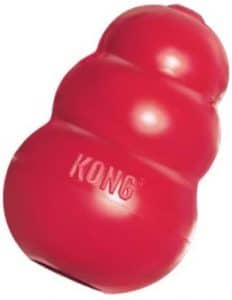 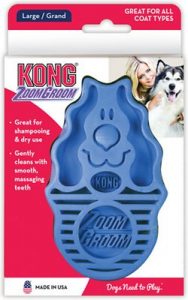 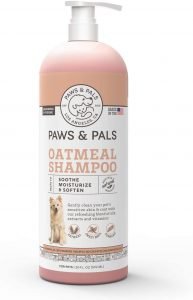 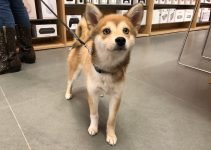 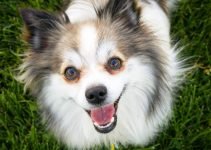 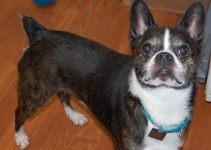 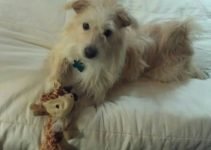