Home
Cat Articles
American Shorthair Cat Breed Information – Everything You Want to Know
This post contains affiliate links, and I will be compensated if you make a purchase after clicking on my links, at no cost to you. 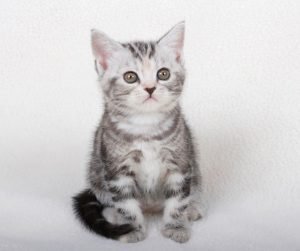 An American shorthair is agile, intelligent, and independent. These furry fellows were historically used for hunting various pets and rodents; even though they may not have this specific function anymore, they still exercise their hunting skills by hunting unsuspecting insects. These felines have a strong build with well-balanced and symmetrical bodies.

The ancestors of the American Shorthair first set paw in America when sailors that carried cats on their ships in order to protect their food stores from rodents sailed to America from Europe. These cats then interbred and developed specific characteristics to help them cope with the changing environment.

During the early 20th century, Americans developed a selective breeding program to ensure that the best characteristics of these cats were developed. Eventually, the International Cat Association and Cat Fanciers Association registered and recognized this pedigree cat. The American Shorthair was initially called Domestic Shorthair, but they were renamed American Shorthair in 1966 to highlight their American origin.

If you are thinking about adding this friendly feline to your family, you need to know a few things first. This cat has a strong build and muscular body, so they need proper nutrition to maintain their weight. But you can also overdo it and make them obese, so critical care needs to be provided in this regard.

The American is fun-loving and playful; They love messing with things and finding toys to keep themselves busy. So, providing them with adequate exercise and quality playtime is necessary. Their affectionate and caring nature makes them fun to be around, as they can instantly uplift your mood.

How Big Do American Shorthair Get?

The American Shorthair is a medium or large cat with a strong, muscular, and solid build that can be instantly recognized. On average, the male American Shorthair weighs around eleven to fifteen pounds. At the same time, the females weigh between eight to twelve pounds.

On average, an American shorthair can live between 12 – 14 years. You can ensure that they live a long and healthy life by ensuring proper and adequate nutrition and ample exercise. Additionally, ensuring timely vaccination keeps them away from the risk of diseases, which can shorten their lifespan significantly.

How Much Does An American Shorthair Cost?

An American Shorthair is compassionate, pleasant, and easy-going. These cats form strong bonds with their owner, as they are quite sensitive; this makes them easy to live with as they will attune themselves to your moods.

These Felines are usually independent and do not require a lot of attention. But they are playful and moderately energetic, which means that you can’t leave them alone for long periods without any stimulation. But generally, the American Shorthair will find ways to keep itself busy, which makes it a great pet for single people and families.

Caring For An American Shorthair

An American Shorthair is self-sufficient, so it does not require extensive care. However, there are certain things you need to keep in mind to ensure that your kitten stays healthy and active. This includes providing adequate nutrition, taking care of their activity needs, and providing love and attention.

Feeding the American Shorthair is not that hard, but there are a few things you need to keep in mind. It would be best to feed the kittens according to their weight, which changes constantly. Once they reach adulthood, their weight becomes constant, so you can keep feeding them the same amount of food. You should ensure that your cat has fresh water available at all times.

How To Groom An American Shorthair?

Due to its short coat, the American Shorthair does not require extensive grooming. With a metallic brush, you should expect to brush this cat, not more than once per week, which helps remove free hair from its coat and keep it in excellent shape by stimulating blood flow to the scalp.

The brushing frequency should be increased during change of season when they shed the most; this will keep hair fall to a minimum. Trimming the nails should be an integral part of their grooming routine and should be done once every two weeks. As these cats are not fond of water, bathing them should be limited to once per month and should be done using a high-quality shampoo.

An American shorthair is moderately active and does not require too much exercise. But they can’t be left alone, making them gain weight and become dull and sluggish. One of the most fun things about owning an American Shorthair is their fun and playful personality.

But if they become dull, you’ll miss out on this. So, it is important to ensure that they are getting adequate exercise and playtime. On the other hand, they also require plenty of rest, as most cats do. So, don’t fret too much about their exercise, as they can usually find ways to play and keep themselves busy when they are in the mood to do so.

The American Shorthair is a healthy breed and does not have many health concerns, especially if you bought it from a good breeder. But there are certain diseases you should look out for. These include Diabetes Mellitus, Hyperthyroidism, Renal Failure, FLUTD, and Heart disease.

These adorable cats have flat faces, making them highly susceptible to ocular diseases and several respiratory issues. You should also check their mouth and gum regularly as they are genetically predisposed to problems related to them. Finally, you should be on the lookout for extra weight gain, indicating obesity. 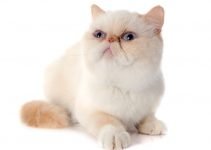 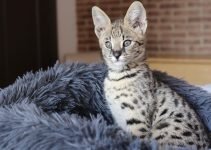 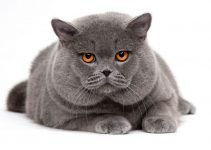 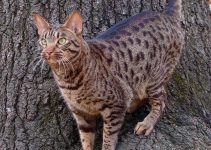 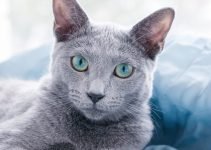 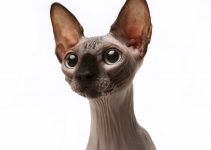