The Picard nearly went extinct during the two world wars because Picardy was the site of violent battles in both wars. Although still rare, the Picard is making a comeback partly when the breed was chosen to represent one of the main characters in the movie “Because of Winn Dixie”. In 2015, the Berger Picard Club of America was admitted to the American Kennel Club (AKC).

Berger Picard’s are 21.5 to 25.5 inches tall. They are slightly longer than tall and weigh from 50 to 70 pounds. Their ears are a dead giveaway for their breed standing erect four to five inches high. During teething, the ears may fall because of overused jaw muscles. Once teething is complete, the ears should be upright again. They have shaggy eyebrows, a beard, mustache, and a J-hook tail. Their coat can be brindle or fawn colored.

The Berger Picard’s double coat consists of a soft, dense undercoat for insulation covered by a shaggy, wiry, waterproof topcoat. It feels harsh and crisp to the touch. During shedding season, brushing every day or two with a rake and a slicker brush will remove the dead hair. The rest of the year, a Picard only needs to be brushed once a month. The breed should be bathed only occasionally using shampoos formulated for crisp coats.

Picard’s life expectancy is 12 to 13 years. They have ongoing energy which makes them great partners in all of kinds of sports and games. Exercise is imperative for Picards to behave appropriately; without exercise they may fall to destructive behavior. The Picard loves their family so even if he has a big yard to roam, he will stay inside with his people, rather than being alone outside. They make great therapy dogs.

While developing, Picards experience two basic fearful periods. Before and after these stages, your puppy may be outgoing and affectionate. But, seemingly without notice, your puppy may become a different animal. Proper socialization during these periods is crucial to how the puppy turns out after the fearful stage ends. The first fearful stage occurs around 12 to 14 weeks of age.

They may exhibit fearful barking or skittish hiding. The second stage begins at around 8 to 9 months of age as the puppy grows into being an adolescent. Hormones may play a role in this phase. It’s important to show the pup that you have control of the situation so that he isn’t as anxious.

Caring for a Berger Picard

Next, we’ll go into how you should care for a Berger Picard.

Berger Picards need high-quality dog food, whether commercially manufactured with meat listed as the first ingredient or home-prepared (with veterinarian’s supervision and approval). They are athletic, active canines, so be mindful that your dog is getting enough good nutrition to meet his needs. All diets need to be appropriate for the dog’s age (puppy, adult, or senior).

To avoid an overweight Picard, calorie consumption and weight level needs to be monitored. Although helpful in aiding training, giving too many treats will cause obesity. Clean, fresh water should be available at all times. Of course, a veterinarian is the best resource when there are questions regarding diet.

Bred to work in the fields, the Berger Picard is active and athletic, with plenty of stamina and drive. This high-energy breed needs lots of daily exercise and mental stimulation. The Picard must have a good outlet for all his energy, or he may become destructive and unhappy. Owners should expect to go on at least one long walk every day.

Early socialization and puppy training classes are necessary. Training should begin as early as possible to prevent bad habits from developing. Picards are very intelligent and eager to please, so training is usually fairly easy. They are more likely to respond to praise, affection, and play than to food, and are unlikely to respond to harsh training methods.

Always quit training while your Picard is still having fun, so it wants more the next time. Be very careful with corrections. If too harsh or inconsistent in training, the Picard will shut down. Their feelings get hurt and they will make sure you know it.

As a relatively new and rare breed, the overall health of the Picard continues to unveil in the United States. Some dogs may be faced with health challenges in their lives and there is some data showing that the following conditions in Picards are known:

Teeth should be cleaned a couple of times a week. Gum disease can lead to heart, liver, and kidney problems. Nails need to be trimmed regularly. Nails that aren’t trimmed can splinter and infect the quick or grow and curl into the flesh. 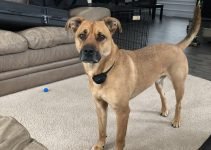 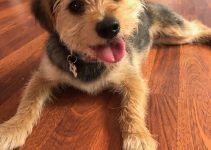 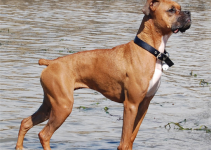 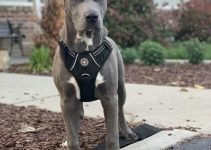 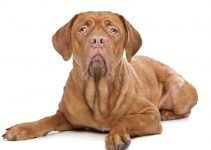