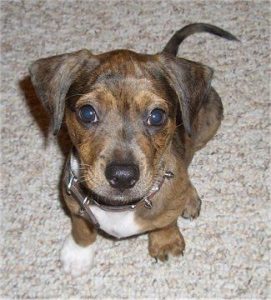 The Bo-Dach is a cute dog developed by crossing the Dachshund with a Boston Terrier. Both these dogs are small to medium-sized dogs; thus, the resulting pet is also the same, having varying energy levels. It is well known for its medium but stand-out stature and adorable looks.

Also known by the names Boston-Weenie and the Boston Doxie Terrier, this designer dog can live happily indoors. Hence you can opt for this pup if you live in a smaller area but taking it outside daily is essential.

Since Bo-Dach is a modern hybrid dog, not much history is recorded for it. We will be taking the help of the parent breeds in this perspective. The Boston Terrier had its origin in Boston in the 1800s. The coachmen breed the Bulldogs with English Terriers and the French Bulldog to get this dog breed.

It is AKC’s 21st most popular breed in the US. In comparison, the Dachshund originated in the 15th century to hunt the badgers. The original Dachshund is believed to be evolving from a miniature Pinscher and a miniature French Pointer.

A Bo-Dach designer dog is a gentle and friendly canine that can be a very good member of your family. Many people are pursuing this puppy as their companion or guard dog. As being evolved from the hunter parents, this hybrid tends to be a hunting dog. Read on to know further details about Bo-Dach.

How Big to Bo-Dach Get

Bo-Dach is smaller than a medium-sized dog having limited height and weight. On average, the adult male and female Bo-Dach has approximately 10-15 inches in height. Besides, both the male and female fellows are observed to be almost 10-25 lb.

How Long Does Bo-Dach Live

Expect your Bo-Dach to live for 12-15 years under normal living conditions. If your pet encountered any health issue, it can be a threat of a relatively shorter life span, but an earlier cure will eliminate this threat.

How Much Does a Bo-Dach Cost

Bo-Dach introduced a few years ago, and it is not a very common breed. However, being rare, this breed is not expensive at all. You can get it from a reputable breeder somewhere between $200 and $450. Don’t be fooled by any rates cheaper than this, as it can be a sign of an irresponsible breeder who hasn’t bred the puppy well.

Bo-Dach is not just a physical mix of its parents. It is a behavioral and overall personality mix of both the parents. This canine is confident, intelligent, and independent like its Dachshund parent. The features like affectionate loyalty, protective nature is coming from the Boston Terrier parent dog.

Mixing both the parental traits, Bo-Dach is a high-spirited dog who knows how to enjoy your own company. Most of the time, it is busy either with different stuff or with kids and other pets. It loves to socialize and be around people. The highly protective nature of Bo-Dach makes it a wonderful pet.

Moreover, this designer dog breed is courageous and fearless. Don’t forget their hunting instincts, and don’t leave them unattended while with the kids and small animals. Although it is gentle with the kids, no one knows where and when its hunting traits come out, and it starts handling the things curiously and harshly.

If you are planning to have a pet who has the combined qualities of being active, a good watchdog, and able to live in a smaller area, then here you are. Bo-Dach can fit in concerning all these requirements. Read on to know if this dog can be your best choice or not.

Your Bo-Dach is a smaller-sized dog with a little dietary need. Daily one to one and a half cups will be enough for this pup to eat to its fills. However, make sure that the puppy is provided with adequate nutrition in a required amount. If not, then it can be suffering from health issues.

How to Groom a Bo-Dach

Here is a big advantage of having this dog as it has a short and tight coat that requires very little maintenance. This dog is also hypoallergenic so that you can bring it to your home without the fear of an allergic person. You need to give your pup an occasional bath, weekly hair brushing, frequent nail trimming, and teeth brushing, and that’s all!

Bo-Dach is a small-sized dog with moderate food requirements, so we can relate that this dog has moderate activity levels. It can accommodate an apartment life, but it loves to play with toys and other stuff around. It would be best if you take your pet daily outside for its fitness and health.

Bo-Dach fits in well with everyone, so you will not be working much on its socialization. However, mandatory early socialization and obedience training is required to avoid any inconvenience in the future. This dog can go well in all types of environments, but we would suggest not to take it out in warmer temperatures.

Taking the barking instinct, this dog can be barky. Thus, you need to work on this part while training. Other care aspects are regarding the dog’s health are given below.

In terms of health, the Bo-Dach is a relatively healthy breed. Healthier pups can also get sick, especially in hybrid dogs; the inherited diseases can kick in. In this regard, your Bo-Dach can have an intervertebral disk, joint issues, ear infections, diabetes, and urinary tract issues.

In case you have developed a routine of taking your puppy to the vet regularly, it is at the very least risk of having these diseases. If your puppy hasn’t a health regimen made by the owner, then make it from now for your dog’s best health and care. 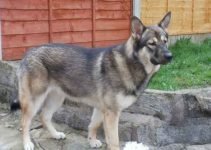 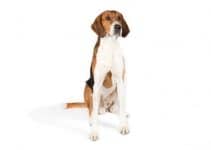 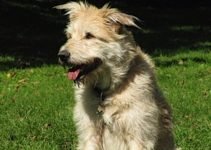 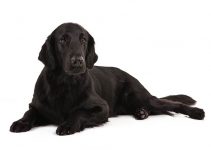 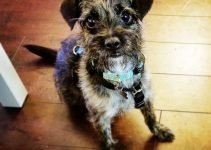