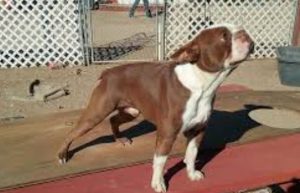 Sometimes you like more than one puppy at a time, but you have the margin for only one. The best option, in this case, is opting for a hybrid dog that is a mix of two wonderful dog breeds. This article has one such hybrid canine produced by the cross of athletic and intelligent Boston Terriers and the adorable West Highland White Terrier.

The resulting hybrid is named Bostie and is also known as the Boston Westie or Bostie Terrie. Mixing the personality, appearance, features, and even its parents’ name, this dog is a perfect blend of the two well-known dog breeds. Read on with us to explore all about the Bostie.

Not yet perceived by the American Kennel Club, the Bostie has a minimal history. We have the privilege to look at its parental history to get ourselves acquainted with our hybrid’s background. The Boston Terrier is known to be All American Dog for being purely bred in America. Also, its name is named after Boston, which is its origin place. This dog has a long lineage, and its predecessor was brought to the US from England in 1865.

The West Highland White Terrier or “Westie” is the other parent of your Bostie. The Westie began in Scotland. It was reproduced to chase the fox and badgers. Having a signature white silky fur, it is a descendant of white terriers in Scotland back to King James I. It was bred to hunt fox, and badgers at farms and rural areas. Also known by the names “White Scottish, Roseneath Terriers, and Cairn,” this dog got registration from AKC in 1908 with the name Roseneath. Later this name changed to today’s West Highland White Terrier.

A Bostie displays an acute and, at the same time, strong demeanor. It proves to be a friendly, intelligent, and loyal companion dog. This hybrid requires proper diet and exercise measures. It has a medium-size befitting an inside house life easily.

How Big to Bostie Get

Bostie, for the most part, weighs somewhere in the range of 14 and 20 pounds. It is a smaller-sized dog with a compact body and dense fur. The height can be between 10 to 16 inches.

How Long Does Bostie Live

The life expectancy of a Bostie is that of a medium variety canine. It can live somewhere between 10 to 14 years. However, the pet owner can increase this value with good care.

How Much Does a Bostie Cost

Bostie is a hybrid dog, and the hybrids tend to have cheaper rates as compared to purebreds. On average, the breeder will demand 500 dollars to 2000 dollars for it. The price variation is based on factors like the health certificate or the dog’s lineage.

If you don’t have a child in your home and you want some fun and snuggling around, then this doggo is a perfect choice. Generally, Bosties are amazing social creatures that get highly connected to their human pack. It shows a ton of love to you by circling you, licking your feet, and snuggle you.

The homes with children must not be having this dog as you will be having trouble handling it as both require extreme love and attention. However, it has an independent spirit that lets it play for hours on its own without bothering anyone. It makes it an excellent pet to a functioning family.

Moreover, the Bostie coexist well with kids and have exquisite manners. With a lack of training, expect your doggy to bark and burrow in the less welcoming situations. Also, it can be timid and shy if didn’t correctly acquaint yourself with new canines and strangers. The things are going to be the other way round in the reverse case.

Buying a pup is not the final thing that you do in the fondness of canines. Instead, you have to invest your time, money, and effort throughout the pet’s life for its best care. The most critical areas of a dog’s care include nutrition, grooming, exercise, and health. Let’s discover these areas!

As it is a smaller breed with medium energy levels, thus the appetite is automatically less. Commonly one and a half cups of a healthy, nutritious dog dry diet are sufficient for its tummy. Don’t increase or decrease the amount without a vet’s approval.

How to Groom a Bostie

Not completely hypoallergenic, this buddy sheds moderately, followed by an increased shedding in hot climates. Bostie’s hairy coat needs at least thrice a week brushing with a particular dog’s pin brush or metal comb. Pet parents must also bathe it when required, brush teeth and clip the nails 1 to 2 times each month.

The Bostie is a moderately energetic pup that requires a maximum of 30-40 minutes of daily exercise. This doggy has the driving forces to herd and chase due to the parental instincts, so it is ideal for screening it consistently while outside.

The Bostie, with its little grooming, nutrition, and exercise requirements, is an easy-going pet. It is adorable and convenient while giving a lot of love and demanding not more than this. It trusts you for its diet and care, so you must uphold this trust level by providing a quality die, the best dog food, and suitable living environments.

Below mentioned are some health concerns which your puppy can get. Don’t worry; we marked the solution for you as well. Just make sure you don’t keep it in harsh climates and read along.

Bostie is primarily a house canine, but daily hangout is essential for its health and fitness. Otherwise, it can lead to issues like bloat and obesity. Lack of hygiene can result in dental problems, ear infections, and skin allergies.

Concludingly, your pup’s health depends on the care you give. So, don’t show negligence in its care and take it to the vet for routine checkups to avoid any health concerns. 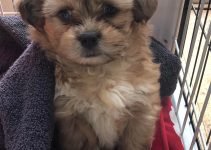 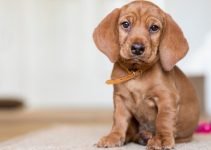 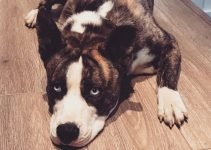