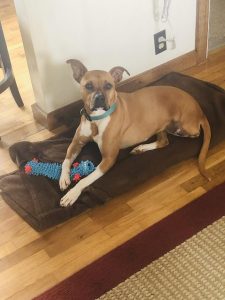 The Bull Boxer is a resourceful and lovable dog. It has two amazing parents and a trait list that makes it as desirable as them. The breed has gained considerable fame recently but overall remains as anonymous as it was before. This is perhaps the reason why you’ve come to learn a bit more about them. Without wasting any more time, let’s get right into understanding the qualities that this breed exhibits.

The Bull Boxer is a relatively new breed, with not a lot of history backing it up. Its parents, on the other hand, have a long chain of events to back their own respective histories. The Bulldog is a breed that was known for its fighting prowess and can be traced back to the 1500s. This breed was relatively stronger than the bulldogs of today. The breed is thought to have become tamer after the bloody sports of bull-baiting, and fighting were outlawed. The breed was registered with the AKC in 1886.

The Boxer was originally a fighting dog, with some people claiming the Tibetan Mastiff as its ancestor. The Modern Boxer is thought to be related to the German Bullenbeisser. Till the 1800s, the Boxer was famous for its strength in fighting. After the 1800s, like the Bulldog, this breed became tamer and friendlier. It was registered by the AKC in 1904.

The Bull boxer will have the characteristics of both parents. He will be muscular and strong, just like the boxer, with a short coat that resembles both of the parents’. The colors of the coat can vary between Brindle, white, Brown, Red, Black, and Fawn. It will have round black eyes and a short muzzle. It will have drooping ears and folds/wrinkles. These can be tricky because of their potentially devastating infectious nature.

How Big do Bull Boxer Get

The Bull boxer can look quite intimidating with its tall height and stocky build. It has a height range of 22 to 26 inches for both males and females. The weight range is a whopping 50 to 80 lbs, again for both of the genders.

How Long Does Bull Boxer Live

The Bull Boxer, apart from inheriting its amazing strength from its parents, has also been gifted with their longevity. The potential lifespan for this breed begins at age 10 and goes all the way up to 14 years.

How Much Does a Bull Boxer Cost

The Bull Boxer has two very sought out breeds as its parents, yet it still remains comparatively unknown. Fortunately for you, this means two things. One, you will be able to find a breeder with this puppy very easily. Second, the Bull Boxers’ price will be on the lower end of your budget. The price can vary between 200 dollars and 1000 dollars.

The Bull Boxer inherits the aggressive nature of its parents slightly. To have it peacefully coexist with other dogs, you must socialize it from a young age. Train it with diligence and consistency. This breed needs a firm hand to teach it. This is a very intelligent breed, which means training it should be a breeze. It can protect you and your family with a loyalty that is unbreakable. Use obedience training sessions to have it perform its duties and its exercises diligently.

This doesn’t mean that this breed is a dangerous machine. The Bull Boxer, on the contrary, loves cuddling and attention. It can be quite goofy and funny. It should ideally be kept in a house with mostly adults and teens. Children may have to be supervised with this breed unless, of course, it is used to them from a young age.

The Mr. Nice of guy of the doggie world and your dear buddy will need some care. In the next few paragraphs, we have arranged some instructions to help you in that cause.

The Bull Boxer has a strong and sturdy body that needs a lot of nutrients to remain that way. Give it at least three cups of enriched and tasty food to keep it energetic and active. Try not to overfeed it since weight gain can become a major problem for this breed.

How to Groom a Bull Boxer

The Bull Boxers coat will need only a firm brushing session once per week to keep its fine short coat organized and normalized. Brushing its coat will also keep the oil distribution regulated. Bathing this breed should be restricted to a need-based ratio. Excessive bathing will leave its skin irritated and dry. Trim its nails when the need arises. Start brushing its teeth consistently from an early age. The folds in its skin need to be checked for accumulation of any type to prevent infections.

The Bull Boxer is a considerably active breed, thanks to both of its parents. You will have to give at least 60 minutes of intensive workout sessions. The main goal is to release its pent-up energy so that it refrains from self-destructive habits.

The Bull Boxer is a low-maintenance breed and needs only a few bouts of effort here and there. The grooming of this breed doesn’t require much effort at all. It needs comparatively less effort when compared with other breeds. The Bull Boxer may need a bot of early socialization to help it get used to other pets in the house. Training this breed can be a walk in the park.

The activity requirements are a bit above average, but that’s about it. A few minutes of walks and exercise will do you both good. The only major thing that you should take care of is its health. This will be explained in detail under the next heading.

We know that this is a long list, but you don’t have to worry about them as long as your little boy/girl is getting proper diet and exercise. You should also remain in contact with your local vet. Give your buddy constant check-ups to make diagnosis easier. If your buddy is diagnosed, then follow the vet’s instructions. Everything should be fine with the right medical attention. 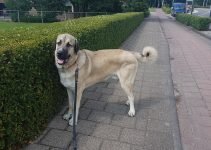 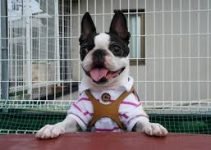 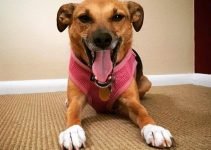