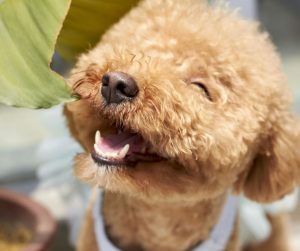 Marijuana (or weed) has become increasingly popular in recent years, both recreationally and medicinally. But can recreational marijuana negatively affect our canine companions? Let’s take a look at the facts.

The Role of THC

THC is the psychoactive compound found in cannabis that gives users psychoactive effects like the “high” feeling. In humans, THC binds with cannabinoid receptors located in brain cells, which is why the substance has mind-altering effects. Some pet parents may be wondering if the effects of cannabis can be the best way to treat things like urinary incontinence, chronic pain, and mild cases of liver disease. None of the vets that I have ever gone to would prescribe medical-grade marijuana due to the effects of THC on a dog’s system. A smaller dog has an increased risk of marijuana intoxication due to marijuana ingestion. While things like CBD oil and cannabis oil may have positive effects for pain relief, a vet visit may be in order to decide if that is the safest course of action.

In dogs, however, these receptors are located primarily in organs that control vital functions such as digestion and respiration. This means that even small amounts of THC can have serious repercussions for canines.

How Weed Can Affect Dogs

The fact is that dogs can be affected by marijuana in much the same way that humans are. However, because of their smaller size and weight, it takes only a small amount of marijuana for them to experience adverse reactions like becoming ill. Ingesting just a tiny bit of THC (the active ingredient in marijuana) or hemp plants can cause your dog to experience the following effects of marijuana: become lethargic, disoriented, and even unresponsive. It can also cause vomiting, diarrhea, and an increased heart rate. In extreme cases, THC ingestion can even lead to death in dogs (especially in large amounts).

What are the Risks?

The primary risk associated with cannabis and canines is toxicity. When ingested by a dog, the active compounds in cannabis—known as cannabinoids—can cause serious health issues. Depending on the amount of cannabinoid consumed and the size of the dog, symptoms can range from mild intoxication to loss of motor control and even death.

It is possible for dogs to die from consuming marijuana, but it’s rare. Generally speaking, the higher amount of THC in cannabis products increases the risk of a more severe reaction in dogs. If a dog consumes enough THC, it can lead to depression, low heart rate, seizures, coma, or death. Dogs can also suffer from side effects such as drooling, vomiting, and disorientation after consuming marijuana products.

Cannabinoid toxicity can manifest itself in several ways, including lethargy, disorientation, nausea, vomiting, increased heart rate, elevated temperature, and seizures. If your dog is showing any of these signs after being exposed to cannabis or ingesting it (accidentally or otherwise), seek veterinary care immediately. It’s also important to remember that marijuana edibles, such as brownies or gummies, are especially dangerous for dogs because they contain high concentrations of THC (tetrahydrocannabinol), which is the psychoactive compound found in cannabis that causes intoxication when ingested by humans or animals.

Signs and Symptoms of Marijuana Toxicity in Dogs

If your dog has consumed any type of cannabis product, it’s important to monitor them closely for signs and symptoms of toxicity. These may include lethargy, dilated pupils, increased heart rate, unsteadiness on their feet, or lack of coordination. If you notice any of these signs or symptoms in your dog after they have ingested marijuana products, seek emergency vet care immediately as this could be a sign that they are suffering from cannabis toxicity.  It’s also important to note that if a dog has consumed an edible product containing marijuana, it may take several hours before you start noticing any changes in their behavior due to the delayed absorption time associated with edibles.

Some other signs of more severe marijuana poisoning can be liver failure, blood pressure problems, or body temperature issues on top of lethargy, the inability to have coordination, or lack of response when called or prompted. If you notice anything off with your dog, be sure to seek medical attention right away.

If your dog has been exposed to cannabis or has ingested it accidentally, there is treatment available that may help reduce the intensity of its effects on its system. If you catch it early enough, you may be able to use hydrogen peroxide to cause your dog to vomit up any CBD products it may have ingested. This may buy you enough time to get supportive care at an emergency clinic, the pet poison helpline, or through veterinary medicine. Intravenous fluids may be used to flush out any remaining cannabinoids from their system as well as reduce dehydration caused by vomiting/diarrhea/inappetence (all common side effects). Additionally, activated charcoal may be given orally if your vet suspects cannabinoid ingestion – this will help absorb any remaining substances still floating around in their system before entering the bloodstream and causing further damage/intoxication. Finally, anti-nausea medications may be prescribed if necessary depending on how severe the intoxication is; this will help keep them hydrated while reducing any discomfort caused by vomiting/diarrhea/inappetence.

If you think your dog may have ingested marijuana, the best thing you can do is seek veterinary help right away. The sooner your pup gets medical attention, the better his chances are for making a full recovery. To prevent weed poisoning altogether, make sure your home is free of any kind of cannabis product or edible—even if they don’t contain THC—and keep those products out of reach of curious pups at all times. Additionally, if you use marijuana medicinally or recreationally outdoors or in a public place where pets are present, always clean up after yourself and dispose of any remaining evidence properly so that no animals—or people—are accidentally exposed to drugs without their consent.

How to Prevent Marijuana Toxicity In Your Dog

It is important for dog owners who consume cannabis products or live in states where recreational and/or medical marijuana is legal to keep all cannabis products securely stored away from their pets at all times. Especially since smaller amounts can be toxic for dogs. It is also advised that pet owners not share any edible products with their four-legged friends as these can contain high levels of THC, which can be very dangerous for dogs depending on how much they consume. Opt for dog-friendly treats or toys instead to reward your dog. If your dog suffers from ailments, there are over-the-counter medications you can get for your furry friend that their canine body can metabolize. If you have a dog who gets into things often, you may want to consider putting them in a crate or having some food out for them that they can eat. Automatic pet feeders would really help with this. Lastly, if your pet does consume any form of marijuana product, it is best practice to take them directly to your nearest veterinarian as soon as possible so that they can get treated quickly if needed.

Marijuana can be dangerous for dogs if ingested in even small amounts because it affects them differently than humans due to their smaller size and weight. If you suspect your pup has been exposed to weed or any other kind of cannabis product, get them help immediately from a qualified veterinarian who knows how best to treat THC poisoning in dogs. As with any drug or medication meant for human consumption only (including cannabis products), it’s important that we take extra precautions when around our furry friends so we keep them safe and healthy at all times!