Active, smart, and loyal, the Canaan Dog dates back to biblical times where they were known as shepherds’ assistants, helping them to herd, drive, and guard livestock. Although the origin of the Canaan Dog has been lost with time, there are early drawings that date back thousands of years that were found in Christian, Jewish, and Muslim cultures that resemble the Canaan Dog. Most of the dogs were displaced from the owners when the Romans destroyed Jerusalem in 70 AD and they lived undomesticated until the 20th century. When Israel was reforming, the dogs were used to help patrol the settlements and took on multiple roles such as messengers, service dogs, and landmine detectors. The Canaan Dog is the official dog of Israel and is one of the oldest breeds in the AKC.

Canaan Dogs are medium sized dogs, with a lean look to them. They stand between nineteen to twenty four inches tall. They have a wedge shaped head with ears that stand up straight and dark, almond shaped eyes. Their tail is a long and bushy and it curls upward when alert or confident. The Canaan Dog’s coat is a short, double coat that is very coarse. Suited for the hot, desert heat, it comes in a variety of colors and patterns. Most notably, they are a mix of black, white, red, tan, gold, or cream. Markings are typically small white patches, or all over white, with colored patches. The Canaan Dog is known as a pariah dog type, which means free-range dogs. This relates back to their history and is different than your typical stray dog. Females weight thirty five to forty five lbs. and males generally weigh between forty five and fifty five lbs.

Canaan Dogs are devoted, vigilant dogs who make great alarm dogs for families. They are wary of strangers and very territorial. They will bark and alert you if something is wrong or upsetting them. They may take matters into their own hands if they do not view you as their master. Because of the Canaan Dog’s history, you need to constantly socialize them with as many people, animals, sounds, sights, and experiences that you can. This socialization must be constant throughout their life, not just when they are puppies, because they can go through fear periods. Typically during these periods, your Canaan Dog will be anxious, barking at random objects and afraid of everything. You need to not react to anything that scares him or her, and try not to soothe the dog, as that will just reinforce them that there is something out there to get them.

Canaan Dogs are very primitive, so there natural instinct to be part of a pack will kick in. If you are not a strong leader, they may try to dominate you. They can also be dog aggressive towards dogs they do not know. They can be slightly aggressive towards other animals as well, as they were originally used to herd sheep, so they want to be the leader of the pack. Canaan Dogs are diggers and need to not be let outside alone. They are also not the best dogs to be around children with, especially if they get frightened by screaming and sudden movements.

Now we’ll show you how to care for a Canaan Dog.

Canaan Dogs should be fed a high quality, dry dog food twice a day. Depending on your dog’s size, on the side of the product you buy, it should give you an estimated daily serving size, so just divide that in half to feed your Canaan dog. Dog food products should have 3 main ingredients: meat (or fish), rice, and vegetables. Typically, you should be feeding your dog twice a day and the amount per serving should be according to their weight and age on the packaging. You should be cautious of overfeeding young Canaan Dog during training, as they could become overweight.

Canaan Dogs need regular exercise to stay healthy. You should invest in a harness and a good leash to help keep you Canaan Dog under control, especially when they are frightened. Canaan Dogs should never be let off leash unless in a fenced in area under supervision. These dogs love to dig, so if you can provide them with their own area that they can dig in, they will love it and burn a lot of energy. If not, playing with them indoors is perfectly acceptable. Because of their herding history, Canaan Dogs do extremely well in tracking and agility courses.

Canaan Dogs need to have lifetime training and socialization due to their history of being desert wonderers. Canaan Dogs are hesitant with strangers and very protective of their home. They are devoted family dogs that with lots of training will learn to trust strangers. You need to be a firm, but loving owner when training these dogs, as they have an independent spirit yet are sensitive and have this inert pack dog mentality. They are intelligent and responsive to a strong leader, so with consistency, they will be able to overcome their fears, trust you, and make a great pet.

Canaan Dogs are among some of the healthiest breeds in the AKC. Due to their natural selection and survival of the fittest during their period as desert dogs, most of their weaknesses were bred out. As with the addition of any new dog to your family, you should have a vet give them a thorough examination. Some conditions that have been seen in the breed include epilepsy and hypothyroidism. Epilepsy is when nerves in the brain as disturbed, causing a seizure. Symptoms include unsteadiness and confusion, falling to the floor suddenly, foaming at the mouth, and jerking movements. If you dog is experiencing a seizure, stay calm and stay with him. Move anything that might be too close, away and avoid touching him or her. Time the seizure and if it lasts for more than a few minutes, get a fan or dip his or her paw in water to keep your dog cool. Once it is over, call your vet immediately for next steps. Hypothyroidism is when the thyroid hormone levels are decreased. This is treated with supplements. In addition to supplements, all dogs should get monthly heart worm and flea protection. You should also cut your dog’s nails and brush their teeth on a regular basis. 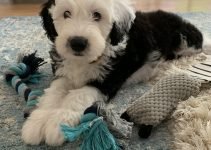 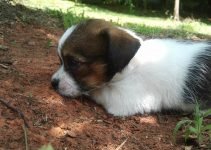 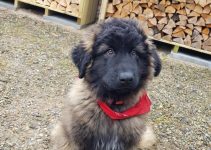 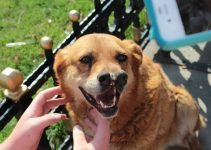 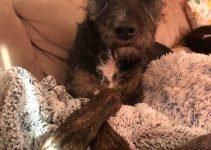