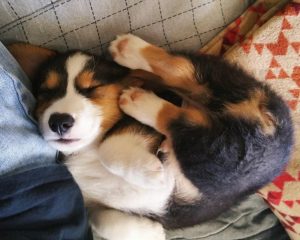 The Cardigan Corswiss is an intriguing hybrid with a cloudy and mysterious history. In simple words, we don’t know a lot about it, but its parents, on the other hand, are well known. First of all, the Cardigan Welsh Corgi is breed, as you may have inferred from its name, is from Wales. The breed was before 1934 considered the same as the Pembroke Welsh Corgi. In 1934 it was divided based on size and various traits. It was primarily a flushing dog used by the Celts but later became a herding dog. It retains most of its qualities to this day. The AKC accepted the breed in 1935.

The Greater Swiss Mountain Dog is a breed with a history as long as its name. The breed is thought to be the result of Roman intervention in parts of Switzerland. It has a long –by which we mean very long- history. The breed is factually the largest and oldest Sennenhund dog breed. The Greater Swiss Mountain Dog was primarily a work/guarding dog. It contains all of those efficient qualities even today.

The Cardigan Corswiss has two diverse parents, which means that its traits and physicality will change widely based on the dominant blood. First of all, this boy will range from large to small in size thanks to the Swiss Mountain dog genes. The coat will be dense and insulated to withstand harsh and cold environments. The coloring of the coat can be anything from the wide spectrum. His oval or round eyes’ colors will have a greater variety between a brilliant blue and handsome hazel. The ears will most likely drop and hand around the eyes of the Cardigan Corswiss. The legs of the Cardigan Corswiss will be strong and sturdy.

How Big do Cardigan Corswiss Get

The diversity of the parents means a wide potential range of proportions for the Cardigan Corswiss. The height range will potentially vary between 11 and 29 inches. The weight range simultaneously varies between 30 to a generous 140 lbs.

How Long Does Cardigan Corswiss Live

There haven’t been many cases to compare these values of life expectancy to. Thus, we can only speculate that based on its parents’ lifespan, this breed will have an average lifespan of 12 to 15 years.

How Much Does a Cardigan Corswiss Cost

The Cardigan Corswiss will generally cost you more than 700 dollars. The main reason for that is the desirability and the variance of the breed.

The Cardigan Corswiss is one of those extremely friendly breeds that get along with other pets too. As long as the other pets aren’t aggressive, you won’t have to worry about the Cardigan Corswiss in their presence. To still ensure maximum safety, we would recommend giving it early socialization and training. This will nullify any aggressiveness that it may harbor to other pets. Training it can be easy or hard based on its intelligence and obedience. Generally, it will be hard because of the Swiss Mountain dogs’ influence. Give it tasks to fulfill; it will appreciate that.

Care and maintenance are the essential requirements of every good little doggo. To help you take care of the Cardigan Corswiss and gain its approval, we have compiled a series of instructions just for you.

The diet of the Cardigan Corswiss will have to be dependent on the size of your little buddy. Generally, two to four cups of healthy dog food should be enough to keep it happy.

How to Groom a Cardigan Corswiss

The c is a breed with a moderately shedding coat. The length of the coat is bound to be medium most of the time. To keep its coat healthy and free, we would recommend giving it brushing sessions every week. This is the minimum amount; you can brush him more for some good bonding time. You won’t have to bathe this breed a lot because it doesn’t have that doggy odor that most people despise. Trim its nails as often as you can brush its teeth at least twice per week. Clean its ears with a vet-approved solution to prevent any infections.

The Cardigan Corswiss will have a well of energy based on the dominant blood of the parents. Generally, though, giving it at least 60 minutes of intensive workout session should be enough. The more you challenge it mentally, the better it will be.

The Cardigan Corswiss is a moderate care requiring breed. The grooming of this breed requires moderate to low efforts. Essentially you can get away with minimal effort. The main thing you have to focus on is its training, which may become problematic if the Pembroke Welsh Corgi is the dominant breed. Apart from that, socialization shouldn’t be much of a problem irrespective of dominant breeds. The Cardigan Corswiss is a breed meant for every household as long as the household people know how to react to its cuteness.

The Cardigan Corswiss is a hybrid breed. You probably don’t know what that means, so let us phrase it out for you. It means that it will have inherent vulnerabilities from both of its parents. Surprisingly the Cardigan Corswiss defies that norm and remains healthy. The only problems that you’ll have to be wary of are Hip Dysplasia, PRA, Intervertebral Disc diseases, and Retinal Dysplasia.

The best thing to do in all of these cases would be to avoid these problems altogether. How? By giving your pet, a vet-approved diet and exercise routine. Take it for monthly checkups. Ensure that the examinations for Eyes, Ears, and Blood are included. This will streamline the identification process and essentially tackle the problem before any real damage is done. Finally, do not compromise on the health of your pet, ever. 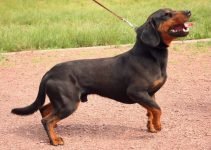 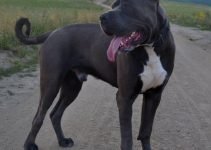 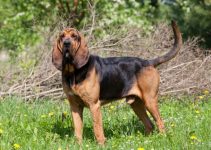