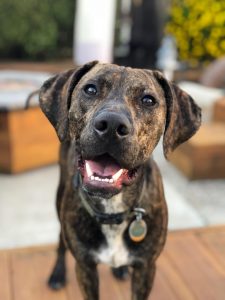 The Catahoula Leopard Dog breed is a rare dog with a striking appearance and a solid built. Also known as Louisiana’s “hog dog,” it is a hardcore dog reproduced to work in marshes and woodlands. By heart, it is incredibly tender and loyal to its family.

The hallmark of this canine is its speckled coats that come in various colors. It is not the dog for the first-time dog handlers. The energy and toughness of it require a skilled or experienced master to handle it. See below for a complete list of attributes and realities about Catahoula Leopard Dogs!

The hard-working Catahoula Leopard Dog has vague origins with many theories. It is believed to be originated in Louisiana state. It is named after the Catahoula Lake of Louisiana, which means clear water. The native Americans and Louisiana settlers used this canine to drive wild and bear hogs off the land. It is believed to be a descendant of Native American dogs having mastiffs, greyhounds, bloodhounds. In 1979 the dog relished the status of the official dog of Louisiana.

It also had different names, such as “the Catahoula Cur and the Catahoula Hound.” However, the present name was established once the dog became Louisiana’s state dog. Before this, the lovers of this breed formed a club named “The Louisiana Catahoula Cur” in 1976. It was listed in the Herding Group of United Kennel Club in 1995 and recognized by the AKC.

The Catahoula Leopard Dog has a unique and striking appearance. It comes in medium size with a double layer coat. The coat is water repellant, and also double layers make it adaptable to some harsh weather conditions. The leopard in its name is because of its skin’s leopard pattern of patches and blotches. Continue reading to know the distinct features of this exceptional dog.

How Big to Catahoula Leopard Dog Get

Bring your Catahoula Leopard puppy home and enjoy approximately 10 to 14 years with it. If you want it to exceed this lifespan, then take its diet, exercise, and other needs under consideration.

How Much Does a Catahoula Leopard Dog Cost

The famous and unique Catahoula Leopard Dog with outstanding traits can be available between $700 to $900. The variation may occur depending on its lineage and other factors. We recommend you adopt this puppy from a rescue center rather than buying it.

Catahoula Leopard Dog is a good-natured canine that makes a great family dog. A dog is indeed a loyal pet, but the loyalty of this canine is highly remarkable. Its owners witness its faithfulness, intelligence, and various unique features. You don’t need any other guard for home when you have this brave pup.

It doesn’t have looks similar to the leopard, but it is swift, intelligent, and aggressive as a leopard. This leopard dog’s aggressive nature is noticed, but you can minimize it with the proper training. A properly trained Catahoula Leopard Dog is neither aggressive nor destructive.

Beware of its hunting instincts and never leave unsupervised while outside or interacting with kids and pets. It has a stubborn streak and an independent spirit, so you must assert yourself as a firm leader to handle your pup. However, treat the dog firmly but in a fair way!

Caring for your dog is one of the significant responsibilities that you shouldn’t take lightly. It can be sick with a lack of care which can eventually lead to a shorter lifespan. With good care, your pup lives a healthy, happy life for years. Continue reading this article as this entails the proper ways of caring for Catahoula Leopard Dog.

The medium-sized and highly energetic Catahoula Leopard Dog requires at least 3 cups of high-quality dog food. Fillers or grains must be low to none in that food and ensure that the food is not cheap. A low-quality dog diet can result in various issues, including stones.

How to Groom a Catahoula Leopard Dog

With a tight short coat, the maintenance level for the Catahoula becomes low. It can be highly maintained with a single coat brushing throughout the week. Bathing is necessary when the dog is dirty, but it must not be frequent. Besides, brush its teeth weekly, clip nails when they are overdue.

The Catahoula Leopard Dog needs one hour of vigorous exercise daily to burn off its high energy levels. The lack of exercise or activity can highly put your dog at risk of getting destructive behavior and health. Not confine the activities to physical exercise; instead, do things for pup’s mind stimulation.

Like every dog, a Catahoula needs care in terms of a healthy diet, suitable habitat, love and attention, early socialization to many different people, and experiences at a young age. Remember, a dog’s caretaking is not an easy task, and you may invest your time and money to keep things at their best.

An example of it is, a good diet can be a little expensive and the same as the dog’s collar, leash, etc. If you look for cheap dog products, then you will end up messing up things.

Catahoula Leopard Dog is a healthy variety, especially when you maintain good hygiene. Regular cleaning and veterinary checkups will help to lower the chance of any health risks. Moreover, the better the dog food, the further it will go toward nourishing your dog. 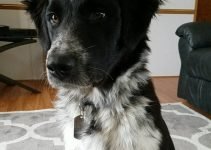 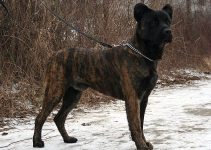 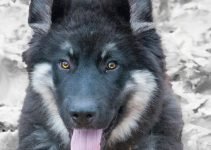 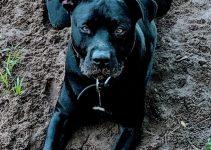 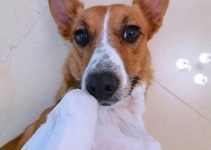