Home
Dog Articles
Chow Chow Dog Breed Information – All You Need to Know
This post contains affiliate links, and I will be compensated if you make a purchase after clicking on my links, at no cost to you.

One of the oldest dog breeds in the world, the Chow Chow has been recorded in Chinese history in the form of drawings and statues for more than 2000 years. The distinct, broad head, giant fur, smushed face, and one-of-a-kind black tongue of the Chow Chow make its appearance unmistakable. Part of the Non-Sporting group, the Chow Chow was originally bred in China for companions to Chinese nobles and for food! Over time, though, the Chow Chow became used for guarding, hauling, and hunting.

Characteristics of the Chow Chow

Let’s take a look at some of the common characteristics of this ancient, timeless breed.

Powerful and compact, the Chow Chow stands between 17 and 20 inches tall, and weighs between 45 and 70 pounds. The Chow Chow’s giant mane of fluffy fur makes it appear larger and heavier than it actually is. The breed’s thick double coat is rough, dense, and course, requiring a monthly bath and considerable grooming with a wire brush at least twice a week. The Chow Chow can be seen with black, red, blue, fawn, or cream coloring. As if these unique features weren’t enough, the inside of the Chow Chow’s mouth is completely black, as is its tongue, making it the only dog breed on earth with a completely black tongue.

This dignified breed lives up to its noble heritage. The personality of the Chow Chow is often aloof and serious, especially among strangers. The breed has an independent and introverted nature but is loyal and faithful to its owners. Serene, adaptable, and bright, the Chow Chow is unlikely to have separation anxiety and will often remain calm and relaxed in these situations. However, the hunting and guarding instincts bred deep within the Chow Chow should not be underestimated. The breed actually has a ferocious reputation but will often only attack when provoked. The Chow Chow can be aggressive with cats and other dogs, no matter the size.

If the Chow Chow has been trained and socialized properly as a puppy, he is less likely to be aggressive. Notwithstanding, his high prey drive means he should not be left alone with children under the age of six. Children should be taught to approach the Chow Chow slowly, while avoiding eye contact. They should not make sudden movements as to frighten the dog.

During travel, the Chow Chow should be monitored cautiously on planes due to the breed’s tendency to develop respiratory issues at high altitudes and in high heat.

If you have properly trained your Chow Chow, you should not encounter problems with aggression, but this proper training should only be undertaken by experienced dog owners.

Without major health concerns during its lifetime, the Chow Chow will usually live between 8 and 12 years.

Caring for the Chow Chow

How does one care for such a unique, majestic breed? Read on to find out.

Despite its large size, the Chow Chow does not consume as much food as one might think. Perhaps this is because the Chow Chow’s large mane makes him appear larger than he really is. In accord with their unique nature, Chow Chows require a special low-grain diet of high quality wet or dry dog food. To avoid excessive weight gain, your Chow Chow should not eat table scraps, especially those high in fat content or those containing cooked bones. Contact your veterinarian if you have questions about your dog’s weight or diet.

Due to their high tendency to overheat and have difficulty breathing, extreme caution must be taken when exercising a Chow Chow. The breed also does not respond well to humidity. Moderate play with toys and a short daily walk is quite a sufficient means of physical activity for the Chow Chow. Not needing much space or physical activity, the Chow Chow is well-adpated for apartment living and city life. Rough play and high-impact exercise should be minimized, especially play around children. Due to their aggressive instincts, play with children should always be light, never rough, and monitored by an adult at all times.

Training a Chow Chow requires firm but gentle handling. Patience, praise, regular practice, and positive reinforcement will work wonders with your Chow Chow. Chow Chows do tend to be extremely stubborn due to their intelligent nature, so training must be consistent. As puppies, Chow Chows must be socialized frequently to avoid fierceness and stubborn behavior later in life. While Chow Chows may be difficult to train for obedience, requiring an experienced dog owner, they are the easiest of dogs to house train. In fact, many people have cited that their Chow Chows are as finicky as cats, never having accidents in the house and never producing foul odors.

Chow Chows require extensive grooming, with a monthly bath and brushing twice a week at minimum. His nails should also be trimmed regularly. In addition to brushing twice a week, your Chow Chow will require eye and ear care with each grooming to avoid any parasites such as flees or ticks. Being an extremely hygienic and finicky animal, your Chow Chow will much appreciate you helping him feel clean.

Chow Chows are a sturdy breed, but, as with any other breed, they can be predisposed to certain health issues. For the Chow Chow these may include eyelid entropion, hip dysplasia, elbow dysplasia, allergies, and difficulties with thyroid function. Difficulties with thyroid function may cause your Chow Chow to gain or lose too much weight, so always monitor your Chow Chow’s eating and bathroom habits to ensure he is functioning normally. If you ever have any questions concerning your Chow Chow’s health, contact your local veterinarian as soon as possible. 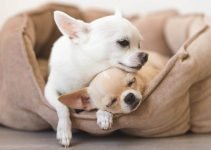 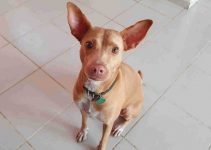 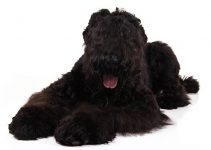 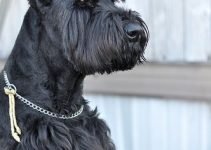 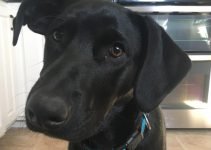