The Crested Chin is one of the rarest breeds. It has a mystical aura that surrounds it almost every moment. Its appearance, on the other hand, makes it look more childish and moody. Its unique looks mislead people and hide its true friendly nature. To clear those misunderstandings to prove that you should never judge a book by its cover, we are here today. Read on and understand what the Crested Chin is truly like. 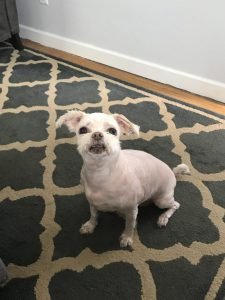 The Crested Chin is another modern hybrid breed that remains quite rare. The problem is that any history of the Crested Chin is even rarer. We have to rely on the history of its parents to understand its traits and personality. The first parent is the Japanese Chin. You may be thinking that the Japanese Chin is a breed from Japan. Well, no, it’s thought to be from Korea, China, or Japan. The breed was synonymous with royalty and was highly revered. Nothing can change the fact that this breed is ancient and dates to 500 A.C. the AKC accepted the breed in 1977.

The Chinese Crested is another mysterious breed with not a well-documented history. The breed is thought to be related to Xoloitzcuintli and the Assyrian Sand Terrier. Both of these breeds have nothing to do with China. The origins of the breed are either from Brazil or Africa. The breed became popular in China after sailors started keeping them as pest exterminators. The breed was registered with the AKC in 1991.

How Big do Crested Chin Get

The Crested Chin is a small breed with a weight that even a cat could beat. The height range for this breed is 9 to 11 inches.  Surprisingly it’s petite for its size and weighs only 5 to 10 lbs.

How Long Does Crested China Live

The Crested Chin, despite its hybrid nature, lives a relatively long life. The average lifespan for the Crested Chin ranges between 10 and 14 years. The range can vary based on the healthcare that it gets. A good diet can make a major impact.

How Much Does a Crested Chin Cost

The average cost of the Crested Chin can vary between 600 to 1500 dollars. Any market value doesn’t determine the price because of the rarity of this breed. Normally we recommend finding about the parents’ history to understand what kind of traits and bargains you are getting.

Socialization for the Crested Chin is also quite easy. It loves being around people and making new friends. It’s harmless, considering its size. It can’t do anything even if it wants to. The Crested Chin has a handsome streak of getting along with other pets too. We recommend socializing it from an early age to minimize any aggression.

The Crested Chin is a small breed that loves being reliant on its owners. It’s your job not to betray its trust and to give it the care that it deserves.

We recommend getting Food for Small Dogs to feed the Crested Chin. Getting the right nutritional value is vital in maintaining the health of your little buddy.

How to Groom a Crested Chin

The Crested Chin will be slightly problematic for people with allergies. The only people who should be worried about this breed are people with extreme allergies. The main concern is the weekly brushing session. You will have to brush its coat at least two times per week with a professional Dog Brush. You will have to bathe it every month or whenever you smell something weird. Use a mild Dog Shampoo to keep its skin healthy and safe. The only other thing of essence is brushing its teeth. Trim its nails as per needs and clean its ears as often as you can.

The Crested Chin is a moderately active dog and, as such, requires a suitable session of activity. The normal requirements per day are 40 minutes of exercise. The Crested Chin will never complain about an extra session, but we would still recommend not working it out too much.

The Crested Chin will have certain things that will need to be taken care of in addition to the normal routine. The first of these will include supervision around children. The Crested Chin will never hurt anyone intentionally, but it may nip at them, thinking it’s all fun and games. Secondly, look out for extreme weather. Finally, keep an eye on the Crested Chin; it just wanders around and gets lost. Use a Dog Harness or a Leash for Dogs that Pulls when outside. In the end, it’s all about keeping watch.

The Crested Chin is a relatively healthy breed compared to the other hybrids. The reason for that is its added immunity. It still is weak to some conditions like PRA, Skeletal Problems, Eye problems, Deafness, etc. These problems mainly come with the onset of age. To keep your guy safe, you have to take it to the vet’s office more often.

Please pay attention to what it eats and how it eats. Consult your local vet to get the right idea about its diet and its daily exercise requirements. In the end, the vet knows more than us, so rely on the vet. 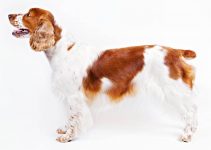 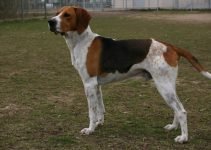 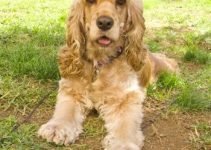