Home
Dog Articles
Finnish Spitz Dog Breed Information – All You Need to Know
This post contains affiliate links, and I will be compensated if you make a purchase after clicking on my links, at no cost to you.

Energetic, amiable, and clever, the Finnish Spitz is a multitalented hunting breed which has made the transition into companion dog. Also known as the “Finkie,” this dog is the national dog of Finland. These dogs were originally bred for hunting birds; as “bark pointers,” they would track a bird into a tree and then bark to attract the attention of the hunter – as well as to distract the bird from the real danger.

It’s possible that Finkies have been used for hunting a variety of game, small and large, for centuries. Today, they’re well known for their chattiness, a likely holdover from the hunting bark they were once trained to use. On the AKC breed popularity charts, the Finnish Spitz ranks at 184 of 193, making it quite a rare breed in the U.S.

The Finnish Spitz is commonly 15 to 20 inches tall at the shoulder and weighs about 20 to 33 pounds, classifying them as medium dogs. In length, they come in at about 15 to 18 inches. However, the thick coat of this foxy dog can make it seem larger than its weight would indicate. Built for the snow and wind of a harsh winter, these double layers of fur can keep the Finkie happy in even in the chilliest of temperatures.

Contrary to how it may appear, the coat of a Finnish Spitz doesn’t require much more grooming attention than the average short-haired dog would require. Weekly brushing is recommended, but even the American Kennel Club standard dictates not to trim or scissor these dogs in any manner.

Though coat care isn’t difficult, the owner sensitive to excess fur may want to stay away from this breed or break out the vacuum often. The Finnish Spitz sheds twice seasonally in huge amounts, needing more brushing and bathing than usual in order to get through the blowout of its old coat.

As a family dog, the Finnish Spitz is wonderful. This breed will grow attached to the whole family with heartwarming loyalty. In addition, Finkies know how to be considerate, and do well with children of all ages. They also usually get along very well with other dogs and cats, though it’s best to raise multiple animals together for the best results. However, it can be noted that the Finnish Spitz doesn’t do well with being left alone, and may develop anxious behaviors if bored or lonely.

Though a wonderful, loyal companion to its family, the Finnish Spitz can be somewhat wary around strangers. This will usually result in barking and yodeling alarms whenever the Finkie sees somebody it’s unsure about. For this reason, it’s a good idea to have your dog meet lots of new people in its youth to help prevent loud behavior later on.

The life expectancy of a Finnish Spitz is around 12 to 14 years, not too unexpected of a range for a medium dog. The Finkie was bred well, and isn’t prone to much genetic disease that could shorten lifespan for a dog.

If you live in an apartment or your house borders neighbors who aren’t appreciative of noise, the Finnish Spitz might be a risky option for a dog breed. Barking is very much at the core behaviors of the Finkie, and general talkativeness has to be expected even if care is taken to train the dog out of loud, prolonged barking. Though the Finnish Spitz makes a good travel dog for many reasons, keep in mind that hotels, planes, and other close quarters situations may not always be ideal for chatty dogs that get stressed around chaotic situations. Calming aids may help if travel is necessary for a nervous dog.

CARING FOR A FINNISH SPITZ

The Finnish Spitz is a rather well-rounded breed, staying fairly close genetically to its origins in hunting without much bad breeding. Make sure to exercise and train this dog with vigilance.

Since the Finnish Spitz is a more primitive breed, it’s not as well adapted to eating grains or other high-calorie human foods. Try to stick to a protein and fat rich diet with no grains. Otherwise, the Finkie could end up faced with weight gain and eventual obesity, along with all the health problems that come with it.

Start at around 2 and ½ cups of dry food or an equivalent amount of wet food, but keep an eye on the weight of the Finnish Spitz to ensure it’s not packing on extra pounds. Level of activity and age will affect how the dog metabolizes its food.

Exercise is particularly important to the Finnish Spitz breed. Since its genetics trace closely back to the ancient Northern Spitz, this dog relishes activity. Finkies are a rather high-energy dog, and adequate exercise is an important part of preventing bad behaviors like chewing up belongings or endless barking. Tired dogs are much less likely to create issues than dogs that are itching for something to do. Hiking is a great activity to partake in with the Finnish Spitz; this breed is light on its feet, and the thick coat will insulate it from cold and some heat. Make sure to keep the Finkie on leash if not fenced in or contained by an electric fence – this dog has a strong urge to hunt and won’t want to stay at its owner’s side.

Training is a very important step for the Finnish Spitz; excessive barking without cause can both a nuisance and a sign that the Finkie needs more mental stimulation. This dog is fairly intelligent, and has a reputation for outsmarting its owners when it wants to. Teach a Finnish Spitz to bark on command and be quiet on command; this will save a lot of headaches later in life, and the Finkie will enjoy learning with its owner. Though this breed has an independent streak that means it may not always listen, the Finnish Spitz can enjoy structured learning during obedience, agility classes, or even hunting. Puzzle toys may be a good tool to help emulate the hunting that this breed historically partook in.

The health of the Finnish Spitz breed is remarkably good, as a whole. This is thanks to smart breeding with a focus on personality and athletic ability. The American Kennel Club has no recommended tests for this breed, though it’s smart to ask breeders about health concerns which are common to many kinds of dogs, such as patellar luxation and canine hip dysplasia. Epilepsy may also be one to watch out for in this breed, as well as hypothyroidism and pemphigus foliaceus.

Ask your vet to assess the weight of your Finnish Spitz. As the owner, it may be difficult to see changes in your dog’s weight in order to determine how much food it should be getting. Avoid giving the Finnish Spitz table scraps or human food, as these can affect dogs of this breed by adding on fat or contributing to skin allergies. Obesity in Finnish Spitz can contribute to other health problems such as joint pain, patellar luxation, hip and elbow dysplasia, diabetes, heart issues, and breathing problems.

Keeping the Finkie’s mind and body active is a big part of care for the health of these dogs. Before getting a Finnish Spitz, it’s important to ensure that you have the time and resources needed to fulfill this dog’s needs. If you or your family are sensitive to barking or impatient when it comes to mischievous behavior, the Finnish Spitz may not be the dog for you. 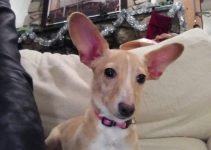 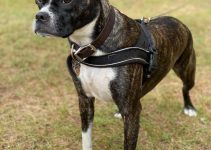 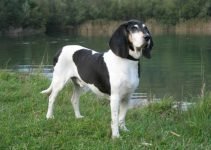 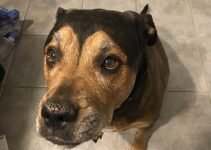 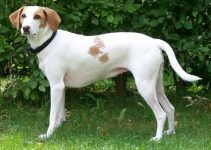