They are also known as Hungarian Wirehaired Pointing dog, Hungarian wirehaired Vizsla, and Drotzoru Magar Vizsla. These dogs have high energy and high intelligence; this makes them a good option as a gun dog. Their wired hair can help them in cold weather, and many people use them for hunting in areas with low temperatures. 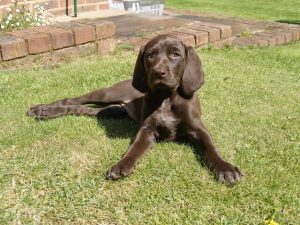 As a fairly recent breed, German Wirehaired pointing Vizsla does not have much of a history to discuss. So, let us look at its parent’s history to find out more. German Wirehaired pointer was developed in Germany during the 1800s by crossing various dogs that contributed to their admirable personalities, including Pointers, Fox Hounds, poodles, Polish water-dogs, and Tracking Hounds.

The Vizsla is an old breed, old enough to accompany the nomads during the 10th century. They first came to the U.S in 1950, where they were used by the nobles and wealthy people for hunting. During the war in Hungary, these admirable dogs were taken from Hungary to ensure their survival.

German Wirehaired Pointing Vizsla is strong, sleek, and muscular. They have a well-built body that is supported by four long and well-muscled legs. This gives them the ability to run fast on a variety of terrains. They are usually medium in size, the males being larger than the females. Their ears are long, floppy, and triangular from the tips.

Their moderately sized head has a dome shape and supports a long muzzle that has a black or brown nose at its tip. Their coats are usually dense with short-medium hair that can be straight in some areas and wiry in others. The most common coat colors are red and brown.

How Big do German Wirehaired Pointing Vizsla Get

How Long Does a German Wirehaired Pointing Vizsla Live

As a healthy breed, your dog will usually live a prosperous life. The large dogs usually live shorter lives than the smaller ones. But this dog has an average life span of around 10 – 14 years. But you have to keep in mind that your dog’s life span depends on how much effort you’re willing to invest in them.

How much does a German Wirehaired Pointing Vizsla Cost

German Wirehaired Pointing Vizsla is a breed that hasn’t risen to popularity yet. So, it might be a challenge to find a reputable breeder that breeds them. On average, they might cost you anywhere between $500 – $1200. And then there are other charges like their beds, leashes, collars, and medical expenses.

In a nutshell, German Wirehaired Pointing Vizsla is Loyal, alert, and eager-to-please. They are super loyal and obedient and would love to do anything that makes you happy. This makes them easy to train. But they can be stubborn at times, so you need to be patient during the training process.

They are also highly sensitive, which means that treating them roughly is out of the question. They are very social dogs and are usually good with new people and other animals. They love pleasing others, and this makes them really fun dogs to be around. They may bark sometimes, but that would be only to inform you of any unwanted stranger.

As a medium-sized dog with high activity requirements, your dog is going to need at least three cups of high-quality dog food per day. You can also give them treats, but it would be best to keep that under control. Too much food will make your pup overweight, which is bad news, as it can be really hard to get them to lose extra weight.

How to Groom a German Wirehaired Pointing Vizsla

Grooming Your wirehaired dog is not that difficult. They have a dense coat that sheds moderately, so brushing them 2 – 3 times per week will be sufficient to keep them looking tidy. Brush their teeth, clean their ears, and clip their nails at least once a week or as per need.

As a highly active dog, the German Wirehaired Pointing Vizsla requires at least 60 – 120 minutes of exercise per day. You can achieve this by taking them on walks, which they love. You can also play games like fetch, which will exhaust their energies quickly.

This Intelligent dog can become bored very easily. They need constant mental stimulation to stay occupied; otherwise, they may develop behavioral issues and become problematic. They also have high activity requirements, which, if left unchecked, may cause problems for your dog. So ensure that you take at least two hours out of your day for your pup.

German Wirehaired Pointing Vizsla is a healthy dog. But they can develop some health issues as they age; others are passed on to them by their parents. These include Elbow Dysplasia, Hip Dysplasia, Inflammatory Bowel Disease, Ear Infections, and Progressive Retinal Atrophy (PRA). 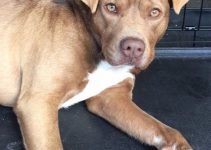 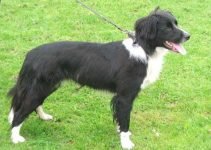 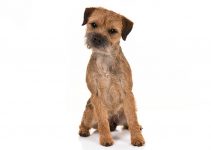 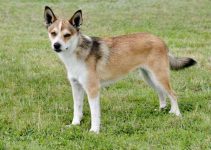