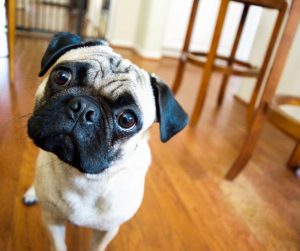 Dogs are beloved pets and companions, with some breeds living up to 15 years of age. But dog owners tend to wonder how long can our furry friend really remember things it’s learned, past experiences, or specific events during its entire life? In this blog post, we’ll take a look at the science behind canine memory and examine just how long your pup remembers.

It’s well known that humans have longer-term memories than dogs – we can remember events from our childhood and later life for decades, while dogs have far shorter-term memories. But that doesn’t mean that dogs don’t remember anything. Quite the contrary! It just means that their memories work differently than ours do.

A study conducted by the Max Planck Institute of Animal Behavior in Germany found that dogs were able to remember objects they had seen previously for up to 10 minutes after viewing them. This suggests that a dog’s short-term memory has an average duration of 10 minutes, although some studies show it could be even shorter – as little as five seconds!  That being said, most dogs will retain information for longer if it is something meaningful to them (such as commands). This is thought to be more associative memories than actually semantic memory. Additionally, their short-term memory can be improved through training, repetition, and positive experiences.

Factors That Impact a Dog’s Memory

There are several factors that can impact a dog’s memory, such as age, health, breed, and diet. As young dogs age, their short-term memories will start to decline, and they start to develop memory loss. But the long-term memory will often remain intact. Additionally, poor nutrition or health issues can impact your pup’s ability to recall things as well. And finally, some breeds tend to be better at memorizing than others—for example, the German Shepherd and Border Collie are known for having good memories, while the Greyhound tends to have poor ones due to their lack of concentration.

The Short-Term Memory Span of Dogs

Let’s start with short-term memory. Studies have found that dogs can remember information for up to 5 minutes—a lot longer than most other animals! This means that if you ask your canine companion to sit, stay, or come when called, they should be able to follow these instructions up to 5 minutes after you give them.

The Long-Term Memory Span of Dogs

Now onto long-term memory—the ability to store and recall information over a longer period of time. When it comes to long-term memory, dogs really shine! Research has shown that dogs can remember people and situations for years after an initial encounter. This means that if your pooch recognizes someone they met several years ago, there’s a very good chance that they will still recognize them today!

Amazingly, this also applies to negative experiences such as punishment. If you reprimand your pup for misbehaving in the past, chances are they’ll still remember it even years later! That’s why positive reinforcement is always best when it comes to training your pup. Positive reinforcement encourages good behaviors with rewards instead of punishments in order to build strong relationships between owners and their pets.

When talking about canine memory, it’s important to note that dogs also have social memories. This means they can remember certain social cues and behaviors from other dogs or humans they’ve interacted with before. For instance, if your pup has been around another dog who is aggressive towards strangers, he may display similar behavior the next time he meets someone new. Social memory is an important part of canine learning and development and should be taken into account when introducing your pup to new people or animals!

How Long Can a Dog Remember People?

Dogs have the ability to recognize and remember people for long periods of time. Studies have shown that dogs can recognize their owners after 2 years of separation. This is largely due to their sense of smell which they use to identify familiar people and objects. They also use facial recognition and sound cues like your voice or laugh to help them identify you even after many years apart. We often see this when a dog is separated from its family members, and the dog is able to recognize any pet owners after being reunited after a long time. Spatial memory also means that a dog can remember human actions and any negative associations with those actions. That is why a rescue dog can be a bit of a gamble due to being triggered by things that remind it of past bad experiences, even if they are in a new home and loved. Some dog breeds are also known to hold onto grudges, so it is important to be careful how you treat your pet. Seek help from an animal behaviorist if you need to try different things to help your dog work through past events and become the happiest dog it can be.

Yes! Dogs are able to remember places they have visited before, even if they haven’t been there for a length of time. In fact, a recent study has shown that dogs usually have an excellent memory and can remember places they visited up to two months ago with relative accuracy. This is especially true if the place is associated with something positive like a treat or toy—your pup will remember it more easily than if it was just an ordinary location without any special significance attached to it.

Dogs have a very good memory of events that happened in their past. They can remember where food is located, which route to take on a walk, and even who was present during a particular event. This type of memory is called episodic memory, and it is what helps them recall important details from the past.

So how long is a dog’s memory?

The answer is that it depends on what type of memory you’re talking about; while dogs have relatively short-term memories compared to humans, they also have long-term emotional memories associated with positive or negative experiences. Ultimately, understanding your pup’s unique memory capabilities can help you better train them and strengthen your relationship over time! Using things like interactive toys and puzzles can help your dog’s memory and retention, while also stimulating them which can help with memory health.