It is an all-original breed from the beautiful land of Bali. Like the land itself of Bali, the Kintamani is equally beautiful and welcoming. You will find this breed as one of the friendliest breeds. However, we know that you require more information about this breed. Thus we have collected all of the information below to make your life easier. 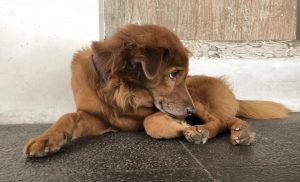 The Kintamani, as stated above, is a breed from Bali. The breed developed all by itself, which isn’t surprising considering the lack of human intervention. This natural development is important to note because it helps us understand the type of breed the Kintamani is. It has an appearance and physical features meant to withstand the wild.

According to some experts, the Kintamani may have been influenced by the Malamute, Samoyed, and the Chow Dogs. The breed to this day remains wild and is sometimes adopted by the local people. On a trip to Bali, you may often find them loitering in caves and forests. They nearly diet out during 2008 because of Rabies. Fortunately, a few dedicated breeders saved it.

The Kintamani will usually be a small breed with well-defined muscles. It will have a body shaped more like a hot dog. Simply put, the body will be longer than tall. It will have a light coat with medium-length hair. The color of the coat will be between Shades and combinations of Black and White. Its colors may be black and white, but its personality remains as colorful as a rainbow. The Kintamani will have almond-like eyes and triangular ears.

How Big do Kintamani Get

The Kintamani is a medium-sized breed. The height range of the males is 18 to 22 inches, while the females are 16 to 20 inches. The males will usually weigh between 33 to 37 lbs, and the females will weigh between 29 to 33 inches. Therefore, keeping an eye on the diet specifically to keep its weight in check is vital.

How Long Does Kintamani Live

The average lifespan of the Kintamani will be between 12 to 15 years. The reason for this amazing lifespan is the genetic health of this breed. It has an impregnable immunity, which will ensure that its health remains in the perfect category. If you take good care of its health, then things will be even better.

How Much Does a Kintamani Cost

The Kintamani canines have an agreeable and enthusiastic disposition towards humans. They effectively adapt to life as a family canine. If you have other pets in the house, then you don’t have to worry at all. These canines are known to be energetic around their family. This energetic nature means that the Kintamani will tend to be a bit too energetic around other breeds. Therefore, socialization in the early stages of its life is vital.

Discussing the character, the Kintamani canines are interested, ready, and dynamic canines. However, as they have an autonomous person, they are very hard to train. Therefore, you will have to train the Kintamani with the help of a Dog Training Book. You can also use some Dog Treats to make your routines more lovable.

What does your buddy need? Does the nutritional value of your buddy need to be in a specific area? Should you look to some specific routine? All of these questions will be answered comprehensively in this section.

The size of the Kintamani means that it requires food accordingly. You will have to give the Kintamani about two to three cups of food daily. The healthier and more delicious the dog food is, the better it will be. We wouldn’t recommend exceeding the daily volume, lest it gains unhealthy weight.

How to Groom a Kintamani

The Kintamani requires normal grooming. Brushing the canine’s jacket is helpful to lessen shedding. Ears and eyes should be cleaned consistently to stay away from contaminations. Nail management and showers are useful tools. Keep its coat brushed with a healthy Dog Brush. It would be best if you also bathed the Kintamani with a Dog Shampoo after two months. The fluoride requirements for animals are different than humans. Brush its teeth with Toothpaste for Dogs.

The Kintamani is considered a moderately active breed in its category. In simple words, the Kintamani will require at least 60 minutes of exercise daily. Try to make the exercise sessions as efficient as possible. In addition, we would recommend a few games and drills to keep it mentally and physically active.

The formative years of the Kintamani are the most fragile years for all living things. The Kintamani will need to be saved from vigorous or violent bumps in puppyhood. It has tender bones and muscles during that period. Wrong bumps will cause it a great deal of pain. We would also recommend keeping the ears of the Kintamani as clean as possible. Apart from that, keeping it away from chocolate and alcohol would be best. It’s literal poison for this breed.

The good thing about pure breeds is their relative immunity. The same holds for the Kintamani. This breed is one of the healthiest breeds. The only problems that may arise in the Kintamani’s case are skin problems. Apart from that everything will be perfectly fine. We would still recommend keeping an eye on its diet. A visit to the vet’s office every month wouldn’t hurt either. 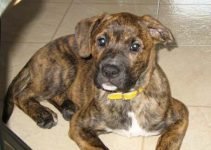 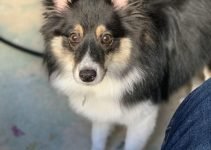 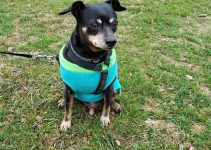 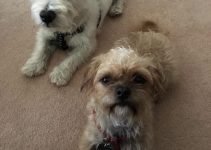 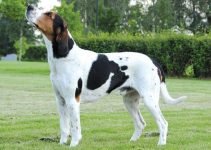 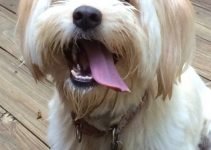