Lacasapoo is a small to medium-sized hybrid canine produced by mixing two unique and good-looking dogs: The Cockapoo and Lhasa Apso. These dogs are extremely joyous, well-mannered, and have a good personality. It is a small-sized canine that doesn’t grow more than 24 pounds, and they reach a height of 15 inches.

The Lacasapoo is an outgoing, happy and affectionate dog, especially towards its owner and other family members. They don’t feel safe around strangers and unseen people, so they would be cautious around them, making them good small guard dogs. These canines are eager-to-please, so they would love you in all the way they know. 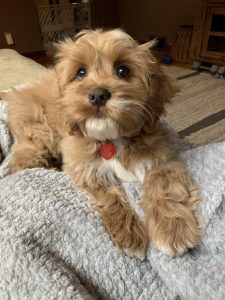 The Lacasapoo is a quite new breed that has been known for only a decade or two, so there isn’t much to read about this dog. Let’s look at the history of their parent breeds for better understanding. The Mountain wolf dog is believed to be the ancestor of Lhasa Apso, very active, charming, and always alert. They have a high prey drive, which is their main thing. They got recognized by AKC in 1933.

The Cockapoo is a small-sized canine produced by mixing Cocker Spaniel and the Poodle. Despite the new and small hybrid canine, it is one of the dogs that has been known since the middle of the 20th century. These small-size canines have clown personalities, and they get along well with humans. They were brought to America after some time and got recognized by AKC in 1999.

Lacasapoo is a small energetic puppy that doesn’t weigh more than 24 pounds. Their coat is dense that can come in various colors like black, silver, white, brown, fawn, brindle, and cream. They have a floppy, long-length ears and almond-shaped eyes that give them expressive-looking faces. Their eyes’ colors can be amber or brown, depending upon the dominance of the parent breed.

How Big Do Lacasapoo Get

Lacasapoo is a small pup that gets appearance and size from both of its parent breeds. They are small-sized dogs, and their height can be anywhere between 10 – 15 inches for both males and females. Their weight is also equal for both sexes that is around 14 – 24 pounds.

How Long Does a Lacasapoo Live

Like most small-sized canines, the Lacasapoo enjoys a longer lifespan than other bigger dogs. They can live between 12 to 18 years. You can tip this number up by giving them healthy food and enough daily playtime. Make sure to meet their daily requirements, and it would be a big help in this regard.

How much Does a Lacasapoo Cost?

Lacasapoo is a quite new dog breed that hasn’t been exposed to most countries, so that they would be cheaper than other popular dogs. On average, they would cost you something around $460 to $560 if you buy this canine from outside of their homeland, then they would cost more.

Lacasapoo is famous for its alertness and bright personality. They aren’t hard to train as they have this eagerness to please their owner and other humans. Their intellectual and welcoming personality would attract any person. They happen to bark when they feel the presence of people that are strangers to them.

The Lacasapoo is highly protective of their personal space and their loved ones, and they would put forward their lives to protect their human family. This characteristic makes them good small guard dogs. New animals are a threat to them, so socialize them early to avoid their unexpected harsh behavior.

Lacasapoo has a high energy level, so take good care of their daily activities and pay special attention to their mental health. Spend quality time with them to avoid their harsh and self-harming behaviors. Ensure to feed them top-notch food and provide them toys and puzzles to stimulate their minds, as it is essential to keep them busy.

Lacasapoo doesn’t need that much attention when it comes to their nutrition and food. Being small pups, they only need 1 to 1.5 cups of high-quality special dog food to fulfill their daily nutritional need. Make sure to stick with the vet’s recommended diet to keep them healthy and fit. Don’t forget to add few snacks to keep them happy.

How to Groom a Lacasapoo

Lacasapoo demands moderate levels of grooming to stay fresh and fluffy. Brush their coat on a daily basis with a special dog’s brush to avoid tangling and matting. Brush their teeth using special dogs’ toothpaste and clip their nails with special dogs’ clippers when needed. Keep bathing as low as possible and use only special dogs’ shampoo to prevent their skin from drying out.

Lacasapoo is a small pup with moderate levels of energy. They need at least 45 minutes of daily exercise and activity to release their excess energy and stimulate their bodies and minds. Although they fulfill the maximum amount of activity needs by indoor games, they also enjoy outdoor running, walking, and sometimes agility training.

Lacasapoo is quite easy to train dog, but they may show resistive and conservative behavior, so you would have to be patient with them and keep them calm and happy by providing them their favorite treats. Don’t leave them alone for long periods to avoid the development of self-destructive and aggressive behaviors.

Lacasapoo is a hybrid canine, so they are likely to inherit diseases from both their parent breeds. Some major health concerns include Gastric Torsion, Hip dysplasia, Epilepsy, Addison’s Disease, and Von Willebrand’s disease. Other minor concerns are patellar luxation, skin problems, kidney problems, and allergies. Visit your pups’ vet twice a month for complete checkups. 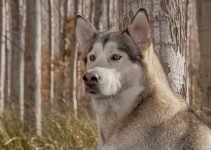 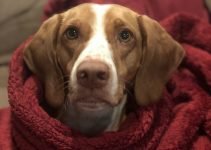 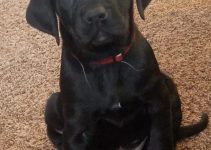 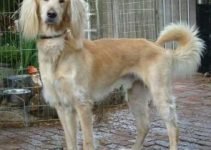