The Malti-Pin is a cross between the all too beautiful Maltese and the remarkable Miniature Pinscher. The names were practically apparent from the name of the Malti-Pin itself. Nevertheless, this breed has been known to be the best of the best in family situations. It loves being in the limelight and playing games. You will rarely find a friendlier breed.

In the next few paragraphs, you will learn a lot more about this breed. But, hopefully, all of it should be enough to help you understand this breed more comprehensively. 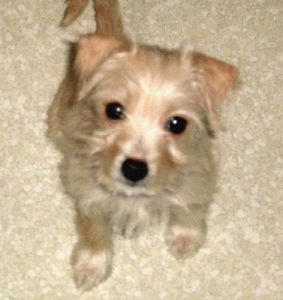 To understand the Malti-Pin, we have to analyze the history o its parents. The Maltese are one of the most ancient companion dogs. According to the most learned experts, this breed dates back to 3000 B.C. The breed was developed in Malta, close to the West coast. Nobles and royals further used the breed as lap dogs. Slowly it began to lose its allure until it was brought to England. Here the breed developed even further and became the current version. Finally, the AKC accepted the breed in 1888.

The Miniature Pinscher is a German breed despite popular belief. The breed was first developed to be an expert vermin exterminator. It was primarily a breed made by the masses for the masses. Over the years, its population grew, and its purpose changed from ratting and extermination to companionship and guarding. Multiple localities and nationalities developed the breed. The official standards for the breed were laid after its inception into the AKC in 1972.

How Big do Malti-Pin Get

The Malti-Pin is a small breed meant to be carried around in your arms. The males and females will usually be 9 to 13 inches tall. The weight ranges for both males and females tend to be the same. The Malti-Pin will weigh between 8 to 10 lbs. You will find this breed gaining weight very quickly if its diet is neglected.

How Long Does Malti-Pin Live

The lifespan of the Malti-Pin will vary between the figures of 12 and 14 years. In ideal cases, the Malti-Pin can live beyond 14 and to 16 years of age. What are ideal cases? These ideal cases refer to situations in which the Malti-Pin receives proper healthcare and love. Healthcare includes diet and exercise, which enable your buddy to maintain its shape.

How Much Does a Malti-Pin Cost

The cost of getting a Malti-Pin is divided into three parts. The initial sum will vary between 400 to 1200 dollars. This price is dependent on the breeder and the health of your buddy. The second part is the per annum medical bills. The third part includes the per annum diet bills. The latter parts are passive and should accumulate to about two thousand to three thousand dollars.

The Malti-Pin is an exquisite canine that has just one reason. This reason has stayed consistent all through the ages. This reason for its existence is companionship. The Malti-Pin has consistently attempted to fulfill its role and purpose by being loyal and true to its humans. It also means that it won’t ever hurt any human from its family purposefully. Outsiders, then again, should be cautious around this variety. The Malti-Pin will likewise coexist with different varieties magnificently.

Training the Malti-Pin may turn out to be marginally tricky. However, the Malti-Pin is a free and exceptionally insightful variety. It would be best to make certain alterations in your training schedules to keep the Malti-Pin connected and interested. You may utilize a Dog Training Book to get what is needed for an “Intriguing” instructional course.

What does your buddy need to remain healthy? What should you avoid? And many more confusing questions about the essentials for the Malti-Pin have been answered in this section. Hopefully, it will all help enable you to make the right decisions.

The dietary volume for the Malti-Pin will fluctuate dependent on the size of the Malti-Pin. Therefore, we would advise utilizing no more than one cup of food. Utilizing solid brands like Iams Dog Food and Pedigree Dog Food would be ideal. In addition, you may utilize various alternatives accessible in the Dog Food area.

How to Groom a Malti-Pin

The grooming sessions of the Malti-Pin will rely altogether upon the coat acquired. Ordinarily, however, the coat will stay medium to short. Therefore, you ought to brush the coat something like four times each week with a Dog Brush. If you can brush the coat more than that, it’s far better. Bathing the Malti-Pin is an action that will rarely have to be repeated. One bathing session per two months should be more than enough. You should likewise manage the Malti-Pin’s nails after two to three weeks. You will also have to brush its teeth as often as possible.

The Malti-Pin is one of the most active breeds. You will have to give it at least an hour-long session every day. The Malti-Pin will require a session that includes both mental and physical exercises. If you keep the sessions engaging and healthy, then things will work out finely. Repetitive routines will reduce its effectiveness.

The crossbreed nature of the Malti-Pin means multiple problems arising with regard to health. You will find the Malti-Pin to have a weak immunity due to its diverse nature. The main problems that will plague the Malti-Pin include Mono/Bilateral Cryptorchidism, Legg-Calves-Perthes Disease, Color Dilution Alopecia, Portosystemic Shunt, Patent Ductus Arteriosis (PDA), Mitral Valve Dysplasia and Hydrocephalus.

We know that the list of conditions is quite alarming. Yet if you maintain consistency and calm routines, then things will be fine. A majority of the conditions can be avoided quite easily with the help of consistent examinations. You should also consult your vet for the proper diet and exercise routines for your buddy. If you manage all of these things, the Malti-Pin will hopefully live a long and healthy life fully to its potential. 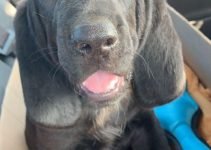 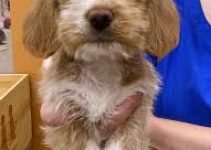 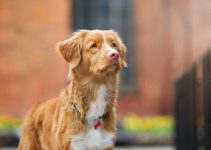