The Mastino Napoletano is a massive breed with an imposing aura. It is also one of the most Stoic-looking breeds. A look at it gives you that feeling of composure. Every gaze into its eyes settles on that glimmering picture of smooth waves breaking on a sandy shore, littered with scattered and reflected rays of the midsummer sun. You will learn to fall in love with this breed just like us. 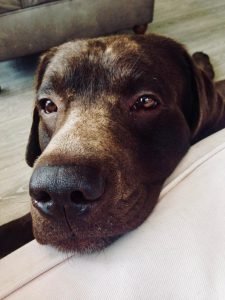 You may know this ancient breed by a different name, the Neapolitan Mastiff. It was created thanks to Alexander the Great for all of those who don’t know this breed. According to popular belief, this breed came about in 55 B.C. In the wake of the mighty Alexander’s unstoppable army, many new breeds of dogs were created. The main ancestor of all of these breeds was the great War Dog dispatched from Macedonia.

One breed that came about was the Molossus. After the Romans captured the Britain of that time, the first Mastiffs were acquired. The Mastiffs, when crossed with the Molossus, gave the world a Mastini. In short, it was just a larger variation of the Mastiff. This Mastini was finalized in the Neapolitan area of Italy. The current Mastino Napoletano is a descendant of that variety. The Mastino Napoletano was registered with the AKC in 2004.

How Big do Mastino Napoletano Get

How Long Does Mastino Napoletano Live

The Mastino Napoletano is a breed that has one of the best immunities. Accordingly, the Mastino Napoletano also has a long lifespan. You will find this breed to have a lifespan of about 12 to 15 years. You will have to be careful about how you approach its diet and exercise. Ignorance of both of these factors will lead to unnecessary pain.

How Much Does a Mastino Napoletano Cost

If you are a bit stingy with your purse, you should think carefully about getting this breed. The Mastino Napoletano will most likely cost you between the figures of 2500 dollars and 4500 dollars. Mostly the price will be around the 3500 dollars price range. The price range will also be highly dependent on the health of your potential buddy.

It’s a giant dog that has specialized in being aggressive. Yes, it does look stoic and peaceful, but please do not underestimate it. The Mastino Napoletano loves children, but supervision is necessary in this case. You will have to socialize the Mastino Napoletano properly with the people you want it to be around. Careful introductions are necessary. Other pets, including dogs, will have to be socialized carefully; otherwise, it may just leave a few hits here and there.

Training the Mastino Napoletano won’t be that easy either. We say this because of the sheer size of this breed. You will have a hard time managing and handling it. But, if you know how to draw its attention to the training sessions, then yes, you could expect success. But, again, it would be best to use a Dog Training Book to understand your role in all of this better.

Yes, you probably want to know about the things that you can do for your buddy. To help you in that goal of understanding your buddy better, we have collected all of the data below.

The Mastino Napoletano is a giant by numerous standards. Accordingly, it would be unwise to ignore its nutritional requirements. We recommend giving your buddy at least three cups of healthy food. However, we wouldn’t recommend going overboard with the food requirements. You may choose Pedigree Dog Food or any other from the numerous options in the Dog Food section.

How to Groom a Mastino Napoletano

The Mastino Napoletano doesn’t pull anything back when it comes to shedding. Its shiny coat will give you a hard time. You should brush its coat carefully and frequently. The use of a Slicker Type Dog Brush would be best. The bathing sessions of the Mastino Napoletano will have to be managed and timed. Keeping a bathing session after two months should be best. The use of a Dog Shampoo is vital for this breed. You will have to be extra careful about the folds in its skin. Clean them out thoroughly after the bathing sessions.

The activity requirements aren’t as intense for its size category. However, to maintain its size and muscle integrity, you will have to give it at least 60 minutes of exercise. The duration of the sessions is dependent on the intensity of the exercise. The more vigorous the sessions, the shorter the sessions should be.

The Mastino Napoletano does need a bit in its other routines. Yet you can’t underestimate the basics either. The main, most significant thing is keeping it dry. The folds are the trickiest part. If you ignore them, dust and moisture tend to accumulate in them. In short, you can expect some nasty stuff. Its ears should likewise be kept dry and clean.

The Mastino Napoletano, as stated above, is a healthy breed and will rarely experience any unhealthy conditions. It would be best if you were more concerned about how you are training it and socializing it. Certain conditions will affect the health of your buddy negatively. These conditions include Cardiomyopathy, Demodicosis, Elbow Dysplasia, Cherry Eye, and Hip Dysplasia.

Most of these conditions can easily be averted with the help of proper diet and medication. If you pay attention to your buddy, then there will be subtle warning signs. You can bypass the risk of missing those signs by taking your buddy to the vet’s office as often as possible. It will allow you to understand its predicament and be ready beforehand. 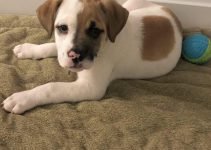 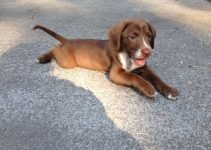 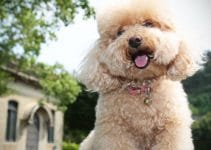 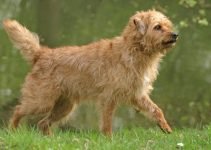