Home
Dog Articles
Portuguese Sheepdog Dog Breed Information – All You Need To Know
This post contains affiliate links, and I will be compensated if you make a purchase after clicking on my links, at no cost to you.

The Portuguese Sheepdog is a breed native to Portugal and is rarely found in any other area. There are numerous other things that you might need to know about this breed. The next few paragraphs should be enough to cover that. 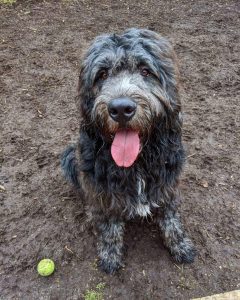 The name of this breed may sound ancient, but the Portuguese Sheepdog has been around for no more than 100 years. The Portuguese Sheepdog was birthed in the Southern side of Portugal. There it became the lynchpin for herding and shepherding activities. The ancestors of this dog are believed to be the Briards. In contrast, others believe that the Berger des Pyrenees and the Catalan Sheepdog are the ancestors of this remarkable doggie.

The farmers of the Southern Plains of Portugal began to love and cherish this dog. Why wouldn’t they? The Portuguese Sheepdog has peerless supremacy in the fields of shepherding. Unfortunately, after the decline of Farming and industrialization, the breed began to decline. Their lowest point came in the 1970s. The standards for this dog were set in 1930. The UKC recognized this doggie in 2006. Unfortunately, the AKC has yet to recognize this dog breed.

How Big do Portuguese Sheepdogs Get

The Portuguese Sheepdog is, at best, a medium-sized doggie. Normally both the males and females will be 16 to 22 inches tall. The weight for both genders of this breed will remain between 26 to 40 lbs. There may be rare cases in which the doggie is beyond the normal ranges in proportions. Again these cases are very rare and not that problematic.

How Long Does Portuguese Sheepdog Live

The Portuguese Sheepdog, despite its amazing immunity, will still have a short lifespan. The Portuguese Sheepdog will usually have a lifespan of 12 to 13 years. It is pretty normal in dog years but still not close to that of other pure-breed dogs. The lifespan of this doggie should be maintained through healthy routines and positive nurture. All of this is covered in the care section below.

How Much Does a Portuguese Sheepdog Cost

The initial cost of the Portuguese Sheepdog remains between 700 dollars and 1800 dollars. The expense is reasonably high since it has two costly parent breeds. The price will further increase or decrease based on the health of your doggie. The healthier your doggie is, the more it will cost you.

The Portuguese Sheepdog isn’t one for violence. It has herding tendencies, which means it could be bossy to other pets. You will have to establish clear lines of dominance. It is also wary of strangers and animals that it finds potentially dangerous. It could make an efficient guard dog. Children aren’t at any risk from this dog.  Socialization is recommended to make it more adaptable and friendly.

Considering its herding abilities, the Portuguese Sheepdog can become a slight problem. It is a brilliant dog, and half-hearted attempts to train it won’t work. You have to make the session interactive and dynamic. You will also have to be firm in the training sessions. Showing weakness will make the Portuguese Sheepdog more bossy and overwhelming.

The Portuguese Sheepdog will need a bit of volume to maintain its muscle. The average daily volume should be close to two or three cups. Our advice is not to exceed this volume. If you do exceed the diet volume, then ramp up the exercise sessions appropriately.

How to Groom a Portuguese Sheepdog

The Portuguese Sheepdog has a slightly hard-to-manage coat. It’s not excessively hard, but troublesome nevertheless. You will have to brush the coat about four to five times per week. If you don’t brush its coat, its coat will get tangled up. Honestly, untying a ball of yarn is easier than working out the knots in its coat. You will have to bathe it, but don’t overdo it. You may use a Stain and Odor Remover to keep obnoxious smells away.  The nails must be trimmed after every two or three weeks later.

The Portuguese Sheepdog won’t need more than 40 to 50 minutes of exercise. You can keep it fit with just walks and moderate exercises. It may develop self-destructive behavior if left to its own devices for extended periods. You can use different toys like Plush Dog Toys and various Rope and Tug Toys to deplete these pent-up energies.

The best dog food for Portuguese Sheepdog is Taste of the Wild High Prairie Grain-Free Dry Dog Food. This food has a grain-free recipe with buffalo, venison, beef, and bison as the key ingredients that ensure whole-body growth. 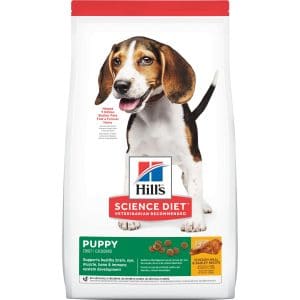 The best dog crate for Portuguese Sheepdog is Lucky Dog Sliding Double Door Wire Dog Crate. This crate features a sliding door system that ensures your dog gets maximum safety and security. It saves your dog from bruises and bumps.

The best dog harness for Portuguese Sheepdog is PetSafe Easy Walk Dog Harness. This harness has a no-pull structure that provides a stress-free walking experience to your dog. It contains four adjustment points for superior fitting. 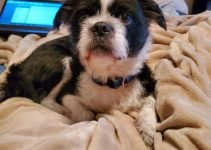 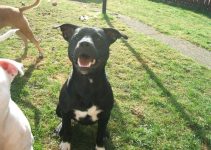 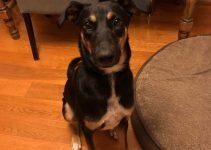 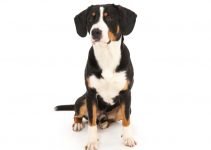 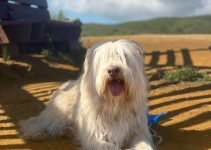 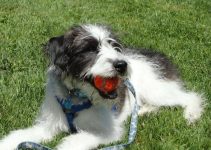