The Rafeiro Do Alentejo is also known as the breed with a smooth Portuguese name. Ronaldo, Alejandro, no people, this is the age of the Rafeiro Do Alentejo. It’s a big dog, with enough strength and power to be an efficient guard-dog. But, unfortunately, this strength also makes it a liability around other pets and other humans. The next few paragraphs will tell you what this dog is all about.

The history of the Rafeiro Do Alentejo remains shrouded in mystery. We don’t know when it came into being or how. Numerous theories have been put forward in recent years, attempting to explain its origins. One such theory placed its ancestors as the ancient dogs from Tibet. However, we do know for certain that this dog made a place for itself by farmers’ sides.

Their supreme size and fearsome nature meant it could fight off any threat. The breed followed a cyclic nomadic lifestyle initially. The main regions back then for this breed were Alentejo and Douro. So you probably get why it was named Rafeiro Do Alentejo. The breed nearly died out due to a lack of interest by the 1970s. Fortunately, it was saved. It made a comeback by the end of the century and was accepted by the AKC in 2006.

How Big do Rafeiro Do Alentejo Get

How Long Does Rafeiro Do Alentejo Live

How Much Does a Rafeiro Do Alentejo Cost

You have to understand that the Rafeiro Do Alentejo is a breed meant for efficient guarding. It’s natural for it to be suspicious and aggressive towards strangers and other animals. It is loyal and extremely protective of its family. Children need to be supervised around this dog. It is one of the best guard dogs.

Training it isn’t for first-timers. If you are a person with no prior experience, then forget about getting the Rafeiro Do Alentejo. You won’t be able to manage. It is a thick-header, stubborn dog. You need true experience to train this dog. You need to be in command and considerate. It’s like trying to keep a flame inside a block of ice. No book can prepare you for the training that the Rafeiro Do Alentejo needs.

Caring for Rafeiro Do Alentejo

As the fated companion of the Rafeiro Do Alentejo, it is your responsibility to understand what your doggie needs. This section will highlight all of that information. So please pay attention and take a few notes if you have to.

The Rafeiro Do Alentejo is a big dog that will need a lot of food. Giving it at least three cups of food is a necessity. You will have to keep things like Chocolate and Garlic away from this doggie’s diet. Both of these are practically poisonous to your doggie. Being careful about its diet is highly recommended.

How to Groom a Rafeiro Do Alentejo

Grooming the Rafeiro Do Alentejo isn’t for the faint-hearted. First of all, brushing it could become slightly taxing. Imagine brushing a goliath like it at least four times per week. However, brushing its coat is the only major problematic part. It doesn’t frequent baths. One bathe per month should be more than enough. Next, its nails need to be trimmed about three weeks later. Finally, the teeth have to be brushed frequently. However, it rarely takes more than five minutes to brush its teeth.

The Rafeiro Do Alentejo isn’t a dog that will stay put. Even though it is considered a moderately active dog in its size category, it could still be a bit overwhelming for you. In addition, not everyone can devote an hour of their day to the Rafeiro Do Alentejo’s exercise. In cases like these, the use of a Dog Treadmill helps. It will reduce the outdoor time of the doggie and make it more peaceful. You should also get some Puzzle Toys for Dogs to keep your doggie engaged mentally.

Caring for Rafeiro Do Alentejo

Certain things will become more problematic with age. Creaking joints and weak bones aren’t that good for the Rafeiro Do Alentejo’s health. At an age like that, mobility for your doggie becomes increasingly difficult. You can try to make things a bit easier for it. For starters, the use of a Dog Ramp is highly recommended. The use of Dog Joint Supplement is also highly recommended. You know that your doggie deserves this reprieve from the woes of old age.

The Rafeiro Do Alentejo is a generally healthy dog. It’s rarely affected by any crippling conditions. Joint problems are the worst concerns that you should be having. Skin problems are also a possibility, but Coconut Oil for Dogs should be enough to take care of that. Coconut oil is also effective against digestive problems and fungi developments. However, overfeeding it coconut oil will lead to certain side effects. Your dog could get diarrhea or indigestion (Quite Ironic, isn’t it?).

Apart from this, you should visit the vet’s office at least once per month. If there are any hidden conditions, then only the vet can help you. So it’s best to stay on your guard.

Breeds Similar to Rafeiro Do Alentejo 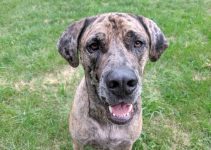 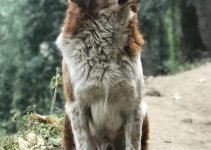 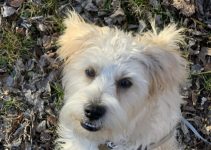 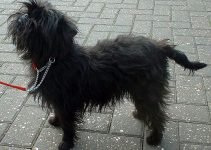