Two small dogs like the Rat Terrier and Shih-Tzu combine to create the Ratshi Terrier. Both of these dogs are beautiful and unique in their way. The Ratshi Terrier is a combination of these unique traits into one majestic entity. Its size doesn’t make it a good guard-dog; however, in its defense, it still is quite vigilant.

It should be noted that the Ratshi Terrier isn’t known for its aggressiveness; it is more or less known for its amazing personality. The next few paragraphs should give you insight into this dog’s traits. 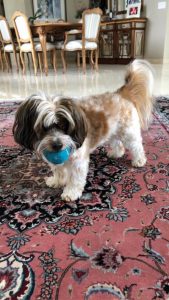 Both of the parents have long histories. However, there is no history to back up the Ratshi Terrier. The Rat Terrier is one of its parents. The Rat Terrier is a breed with numerous different genes coursing through its veins. The most prominent contributors of this breed are the Manchester Terrier, Greyhound, and Beagle. The main purpose of this breed has always been as eradicators of small vermin, specifically of Rats.

The Shih-Tzu, on the other hand, is a Chinese breed. It has always been a companion dog. The main connection of this breed has always been to the Emperors and loyalty of China. At one point, it was supposed as one of the most important dogs. The main propagators of this dog have been the Tang Dynasty. The AKC registered the Shih-Tzu in 1969. Unlike the parents, the Ratshi Terrier has yet to be accepted by any major organizations.

How Big do Ratshi Terrier Get

How Long Does Ratshi Terrier Live

How Much Does a Ratshi Terrier Cost

The Ratshi Terrier may cost you anything above 300 dollars and below 900 dollars. The possible price range for this dog is quite wide because of its differing appearance. The breeders hold the final verdict in deciding its price since it is more or less a rare breed. The bills for medicine and diet should amount to 1200 dollars at most per annum.

The Ratshi Terrier may have a high prey drive due to its Rat Terrier genes. However, its tendency to chase other pets can be reduced with early socialization. Another important thing to note is that humans have no problems coexisting with the Ratshi Terrier. You or your family won’t have to feel any sort of intimidation or threat from this small doggie. Overall it’s easily a 9 out of 10 for families.

The ease of training depends on how dedicated you are to the job. It also depends on how much time you are willing to devote to its training. Creativity also promotes efficiency when it comes to training the Ratshi Terrier. The use of the same old repeated routines will not produce any good fortune.

All of the things mentioned below are necessary for the Ratshi Terrier to a certain degree. These allow your companion to have a healthier and more productive life. Paying attention would be a wise choice.

The small size of the Ratshi Terrier means that it needs just a small amount of food. The most important thing to note is that the quality of the food should be maintained. Anything with Dairy products or excessive salt should be kept as far away as possible from its diet. Giving it food from certified brands like Dr. Gary’s Best Breed Dog Food is highly recommended.

How to Groom a Ratshi Terrier

The Ratshi Terrier’s grooming routine will depend highly on which parent it takes after. However, to give you a general figure, we will advise brushing its coat every day. It shouldn’t take more than 20 minutes, but it will save you from a lot of trouble. You don’t have to bathe it frequently. Dental health is kind of tricky. Normally you should be brushing its teeth every day. The nails of the Ratshi Terrier have to be trimmed after two or three weeks. You may use a Dog Nail Clipper for this purpose.

The Ratshi Terrier is small, but it needs the same amount of energy as big dogs. The Ratshi Terrier will need at least 40 to 60 minutes of activity every day. You can divide the activity sessions into two or three more parts. You may also employ certain machines like Dog Treadmills to keep its energy levels low.

The needs of every doggie are simple enough. You have to give a lot of love and some toys. That’s all it takes to keep your doggie happy. We can’t help you with the love part; you have to take care of that. We can, however, give you guidance with regards to the toys. The Ratshi Terrier will need some good toys for specific purposes.

The best toys that we know of are Rubber Dog Toys and Puzzle Toys for Dogs. The rubber toys allow your doggie to have normal fun. The puzzle toys stimulate your doggie mentally.

The only way to save your doggie from these conditions is to give it the proper attention. What kind of attention? Attention to its diet, attention to its activity, and attention to its mental/physical health are vital. You should arrange a meeting with the vet at least once per month. These will allow you to highlight any hidden conditions. 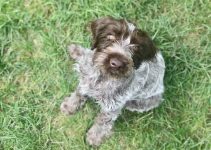 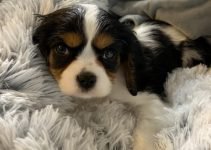 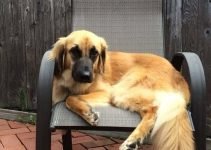 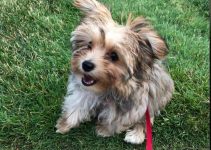 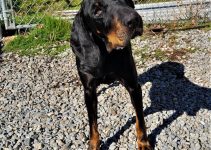 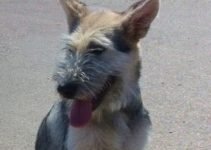