Home
Cat Articles
Scottish Fold Breed Information – Everything You Want to Know
This post contains affiliate links, and I will be compensated if you make a purchase after clicking on my links, at no cost to you. 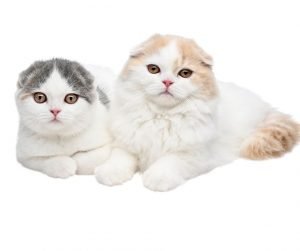 The Scottish Fold is a unique breed of cat known for its adorable owl-like appearance. Not many cats have a distinct feature that sets them apart, but the Scottish Fold has a Dominant gene mutation that causes its ears to fold towards the front. This cute breed had many names throughout history, the most popular ones being Lop-reared and lops.

The Scottish Fold was developed from a single white barn cat named Susie. Susie used to live near a farm in Coupar Angus, Scotland. When Susie gave birth to kittens, two of them had the same folded ears as their mother. William Ross, a person who lived near the farm, got hold of one of these kittens and worked with a genealogist to breed these cats.

He also registered the Scottish Fold with the GCCF in 1966. These gentlemen produced 76 kittens during a three-year period, 42 of which had folded ears. The only offspring that produced kittens after Susie was Snooks, responsible for carrying this breed forward.

Scottish folds are famous for their distinct ears that fold toward their face. Many people think that all Scottish cats have folded ears, but that’s not true. Scottish Folds that don’t have folded ears exist, and they are commonly referred to as Scottish straights.

Another misconception among many people is that the Scottish Fold can’t hear properly/. But there is nothing wrong with their listening capabilities as the gene mutation only affects the cartilage in their ear. This gene mutation gives them a cute appearance, but there are some drawbacks to it. For instance, the Scottish Fold is prone to developing arthritis in its tails.

How Big Do Scottish Fold get?

The Scottish Fold is a large cat with a sturdy appearance. The males have an average weight of 12 – 18 pounds, while the female weighs between 8 – 12 pounds. If your cat’s weight is more or less than this, you might want to look closely at their diet or visit the vet for professional guidance. You may want to use an automatic cat feeder if you have problems feeding your furry fellow yourself.

The Scottish Fold has a gene mutation that can make them vulnerable to several health problems such as arthritis. This can affect your cat’s lifespan, especially if you are caring for them properly. But with proper care, your Scottish Fold can live between 9 – 12 years. Ensuring an adequate diet and exercise will help your cat live a long and healthy life.

How Much Does A Scottish Fold Cost?

The Scottish Fold is a fairly common breed that you can find with almost every breeder. You can expect to pay around $250 – $500 for a kitten. The price may be slightly higher if you purchase from a reputable breeder. You should consider the price of accessories separately.

The Scottish Folds have malleable personalities, which means they can adapt to any situation you put them in. Whether with other pets or children, you can expect them to adjust with ease and comfort. The Scottish Fold is generally friendly around toddlers, but you may want to keep an escape route open for them if things get too intense.

The Scottish Fold is affectionate, caring, and intimate. They love to form deep bonds with their owners, which is usually good, but it can get harmful for the cats if the owners are not present most of the time. This can give them separation anxiety.

Caring For A Scottish Fold

Caring for your furry fellow is important as they have several health risks that can become life-threatening and extremely painful if you don’t attend to them. Furthermore, they can become obese and overweight if you overfeed them. Exercise is also of great importance because these cats are usually quite lazy, and they don’t like to move around a lot unless they are forced to.

The Scottish Fold loves to eat, so they will munch on every last bit of food you leave for them. So, it is important that you feed them enough to fulfill their needs, as excessive feeding can make them overweight and cause health problems.

How To Groom A Scottish Fold?

These Scottish Fold has a dense cat with short hair, so they do not require a lot of grooming. But it is generally a good idea to brush them at least once a week to remove free hair and stimulate blood flow to the scalp, which helps keep their coats healthy. If you have a long-haired variety of this breed, you might want to brush them 3 – 4 times per week.

A Scottish Fold is calm, laid-back, and relaxed. These adorable cats love to nap whenever they get the time and place. But this doesn’t mean that they will sit around and sleep all day, as they are highly social and love to interact and play with other family members. The Scottish Fold also loves exploring, so you can expect them to jump from place to place looking for something new; this keeps them from sitting around all day and becoming too lazy.

The Scottish Fold is generally a healthy breed, but they are prone to several health issues which can grow rapidly if you don’t get them checked. These health issues can include arthritis of the tail, Heart Disease, Diabetes Mellitus, Periodontal disease, and Ear infections. If you buy your Scottish Fold from a reputable breeder, then there is a smaller chance that your cat might develop any of these diseases. 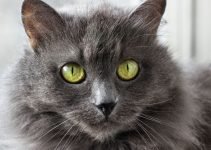 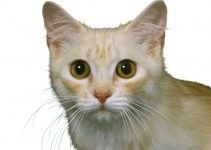 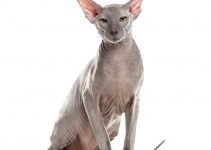 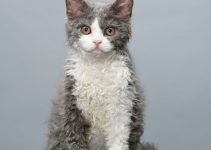 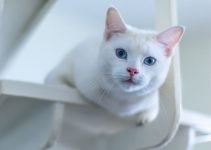 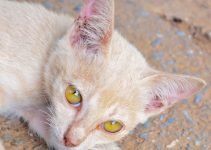