The Toy Poxer is a little dog cross between a Pug and a Toy Fox Terrier. The outcome is a little dog with various personalities, a lot of activity, and affection for its family.

While they are not suitable for families with young children, they are ideal for older children and might be suitable for seniors living in tiny flats or homes. They enjoy being cuddled and are quite easy to teach, but they may be obstinate. This is a healthy dog with minimal hereditary diseases that may survive well into its teens. 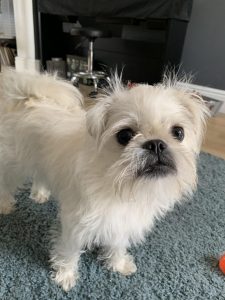 Although Toy Poxer has been around for more than a decade, they do not even have a well-established past. As a result, you should investigate the Pug and Toy Fox Terrier’s backgrounds. The Pug is an old Chinese dog regarded as a royal companion of Chinese Emperors since the beginning.

They are considered to have been created before 300 B.C. & were safeguarded by soldiers to deter thieves because only royalty could own them.

These dogs, usually related to the Tibetan Mastiff, arrived in Europe in the 16th century on Dutch trading ships and were quickly given new names, including Doguillos in Spain, Calins in France, & Mops in Germany. When British forces conquered the Chinese Imperial Palace in the late 1800s, the Pug was introduced to England.

They grew popular during the Victorian era and were depicted in paintings, monuments, and postcards. They were introduced to America just after Civil War and recognized by the American Breed Standards in 1885. The Toy Fox Terrier is a small American breed bred as a ratter & fox hunter in the early 1900s.

To create this breed, the Smooth Fox Terrier was crossed with other small dogs, including Chihuahuas, Miniature Pinschers, & Manchester Terriers.

After observing how effectively the litter’s runts hunted, the breeders came up with the notion. Poachers could easily persuade their pups to flush smaller animals from their burrows by inventing a smaller variant of the Silky Fox Terrier. On the other hand, Circus performers saw them as superb acrobats and entertainers, & they became famous in the ring in the early 1900s.

Toy Fox Terrier also has appeared in various television ads and is the 116th most popular dog breed according to the American Kennel Club (AKC). It’s been a member of the AKC since 2003.

A Toy Poxer has black eyes, a little bulge, and a wide intelligent face. They have a short snout. The Toy Poxer also has a tiny spherical head with long pointed ears that can be floppy or upright. They have a flat tummy, a medium-length tail that wraps up over their body, & long, thin legs with small feet. Its coat is sleek, sparse, glossy, and straight, and it comes in a variety of colors.

How Big Can A Toy Poxer Get?

How Long Can A Toy Poxer Live?

A Toy Poxer’s lifetime ranges from 12 to 15 years, depending on the dog’s health and upkeep.

How Much Does A Toy Poxer Cost?

There are so few Smooth Poxer breeders their prices might vary greatly. There isn’t much competition or a universally agreed-upon price for these Smooth Fox Terrier & Pug hybrid puppies. In the United States, they usually cost between $350 and $650.

You may get a rough approximation of a hybrid’s price by comparing prices of the parent breeds and decreasing them by about a third.

The cost of a Smooth Fox Terrier ranges from $800 – $1,500, depending on pedigree and breeder. Their general demand and price have declined because they are a relatively unknown dog breed.

Separation anxiety is a problem for Toy Poxers. Therefore they need to remain with their family for most of the day. Furthermore, because of their Poodle genetics, these dogs may be protective and need to be socialized to guests.

They are, nevertheless, exceptionally brilliant and learn faster than other types. Despite their stubbornness, if you are diligent & patient, you ought to be able to train your dog successfully. Furthermore, it would be best if you kept an eye on them when working with tiny children to avoid damage due to their size.

A Toy Poxer is a small dog that needs just 1 cup of dog food high in protein and carbs.

How Do You Groom A Toy Poxer?

Terri-poos have a medium-length coat with curly, silky hair that requires continuous grooming. You’ll still have to brush your dog’s coat every day for a few more minutes to minimize matting and excessive shedding. If your puppy has hairy skin, you must use a stripping tool every six weeks to remove it. Your Terri-Poo nails should be trimmed through clippers weekly as needed, and his teeth should be brushed once a week.

A Toy Poxer is so small he may get most of his exercise indoors regardless of where you live, but all puppies need to go outside at least once per day. Once a day, take your dog for a walk. They like chasing balls and noisy toys around the house & play with them for minutes. Your dog may become ill or sad if he doesn’t get any exercise, so make sure he gets at least 45 minutes to an hour with you every day.

A Toy Poxer is a petite and healthy breed in general. They are descended from a line of ancestors.

Even so, get them to the veterinarians for annual exams to ensure that any health problems are discovered early.

Similar Breeds To A Toy Poxer

The best dog food for Toy Poxer is Blue Buffalo Life Protection Formula Small Breed Adult Chicken & Brown Rice Recipe Dry Dog Food. This dog food has been manufactured with a rice and chicken formula. It is great for the nourishment and superior muscle health of your dog. Moreover, this food also offers better digestion because it is free of ingredients like by-product meals, soy, corn, and wheat.

The best puppy food for Toy Poxer is Purina Pro Plan Puppy Small Breed Chicken & Rice Formula Dry Dog Food. This puppy food by Purina Pro has been made of high-quality natural ingredients that provide a healthy lifestyle to your little one.

The best dog bed for Toy Poxer is Best Friends by Sheri The Original Calming Shag Fur Donut Cuddler Cat & Dog Bed. This dog bed has a cozy and soft material that makes it a desirable place for a better sleeping experience for your dog.

The best dog harness for Toy Poxer is Best Pet Supplies Voyager Black Trim, Mesh Dog Harness. This harness has been designed to provide a superior walk to your little partner. 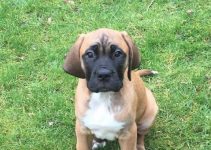 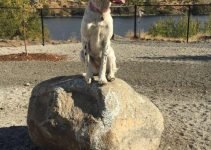 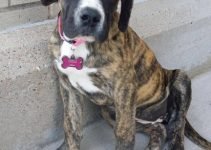 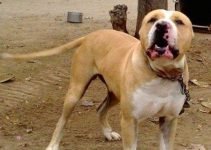 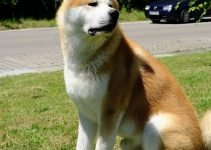