Home
Dog Articles
What to Know About Vaccinations for Pregnant or Nursing Dogs
This post contains affiliate links, and I will be compensated if you make a purchase after clicking on my links, at no cost to you. 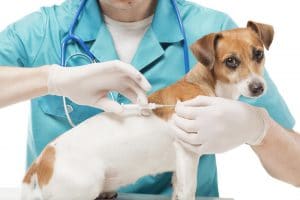 Is your fur-baby expecting babies of her own? Has she recently given birth to a litter of adorable little puppies? If you answered ‘yes’ to either of these questions and your pet is due for vaccinations, you might be wondering if it’s safe.

Inoculations and medications for dogs are extremely important for your four-legged friends overall health and well-being. They prevent serious illnesses that have the potential to be life-threatening. When other animals (read: puppies) aren’t dependent on your pup, vaccinations are generally considered safe; however, if your pup is tending to her own brood – whether she’s currently carrying them or nursing them – you might be curious to find out if vaccines are safe for her little ones.

Generally, veterinarians do not recommend vaccinating animals when they are pregnant; however, for the majority of nursing animals, most inoculations are considered safe; however, there are some factors that need to be taken into consideration. For example, the type of vaccine and how far along your pet is into her pregnancy may determine whether or vaccinating is safe for pregnant or nursing dogs and their babies.

Like humans, the first half of pregnancy is the most crucial, as it is during this time that fetus’ are going through rapid phases of development. During this time, it is not safe to administer any modified live vaccines, as they can negatively affect the developing babies. To be on the safe side, however, any modified live vaccines should not be administered at any point during canine pregnancy.

Killed vaccines, on the other hand (the rabies vaccination, for example), are generally considered safe during pregnancy; particularly during the second half; but, with that said, most veterinarians advise against administering these types of vaccines during pregnancy, too.

Protecting Your Furry Friend from Disease

If you are planning on breeding your pet, make sure that she is up-to-date on her inoculations a few weeks prior. Doing so will ensure that her system has adjusted and that the antibodies have been fully absorbed.  If your pet has become pregnant unexpectedly and she is due for her vaccines, to be safe, it’s best to wait until after she delivers. There are things that you can do to protect her and the babies she is carrying, though. Apply flea treatment for dogs, use a flea collar, or apply essential oils for dog fleas (make sure all are safe to use during pregnancy) to avoid flea- and tick-borne illnesses. Keep a watchful eye on your pet. Always make sure to walk her on a dog harness or a dog collar, and if she is going to be outside on her own, keep her contained in an outdoor dog kennel or a dog playpen. You should also avoid boarding during pregnancy. Thoroughly clean her dog bowl and only feed her high quality wet dog food or dry dog food (which you should be doing anyway). Reputable dog food brands pass rigorous inspections, so you can eliminate the risk of your pup becoming infected with food that may have been compromised by parasites or other pests. 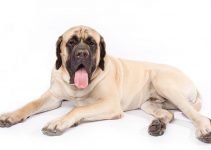 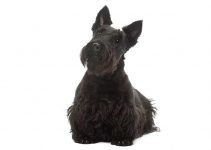 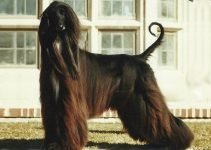 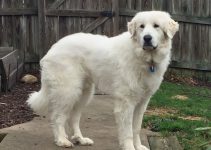 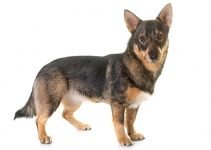 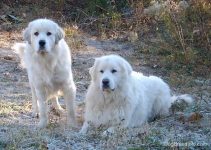