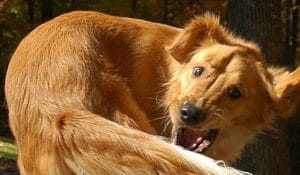 Dogs can have some really endearing traits. Some love to smother their human pack members with wet kisses, some get incredible joy out of chasing a ball out of an automatic fetch machine for hours on end or curling up in their dog bed or dog crate with their favorite plush dog toy, and other may even have a habit of picking up their dog bowl and dropping it at your feet to let you know that it’s time to dish out the dog food.

Of all of these endearing traits, there’s one that many humans find completely entertaining: tail chasing. There’s nothing funnier than watching a silly pup running around in circles trying to catch the object that keeps following him around. It really is a barrel of laughs! But, if your dog chases his tail, you can’t help but wonder if he really doesn’t know that it’s attached to him. And if he does, then why is he chasing it?

Why do dogs chase their tails? There are actually a few reasons why; but remember, each dog is different, and therefore, the reason why one dog chases his tail might be totally different than the reason why another one does. Nevertheless, here’s a look at some of the common reasons why it’s believed that canines chase this part of their body.

For some dogs, tail chasing may be instinctual. Remember that dogs are very closely connected to their instincts, and ancestral canines would often chase anything that moved and caught their attention; either for hunting reasons or as a way to protect themselves. In other words, tail chasing may be a survival instinct. Pretty neat, right?

Your pup may chase his tail simply because he’s bored. He may view that thing hanging off the back of him as a toy and well, if he’s bored and doesn’t have access to chew toys for dogs, dental chews, rope and tug toys, etc, he may use his tail as a source of entertainment.

Tail chasing may be a sign of canine compulsive disorder. If your pooch tends to bark incessantly, chases after anything that catches his eye, or paces back and forth, and he also chases his tail, it could be a sign that he is suffering from canine compulsive disorder (also simply referred to as CCD). CCD is a psychological condition that’s often associated with anxiety. Offering your pooch some CBD oil for dogs may help to calm him.

If your pup is suffering from a skin allergy, he has fleas, or he has a bowel disorder, he might be chasing his tail because his hind quarters are irritated. To determine the cause, take him to the vet for an accurate diagnosis (however, in the case of fleas, you can probably self-diagnose). If it’s allergy-related, a dog food for allergies may help. If he has fleas, try using a flea treatment for dogs or essential oils for dog fleas. If tail chasing is related to bowel issues, probiotics for dogs may be helpful. 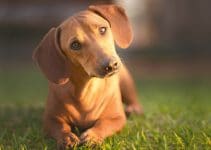 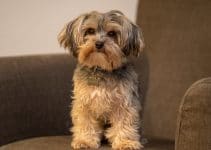 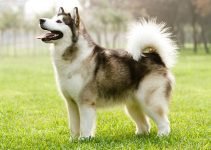 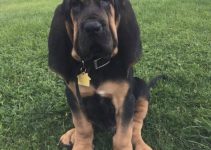 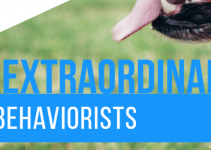 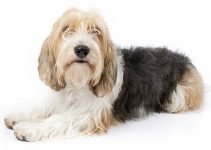