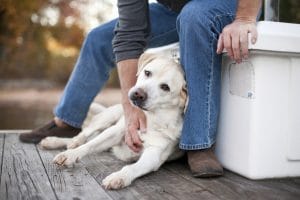 There’s nothing cuter than your furry best friend. The way he proudly struts his stuff when he’s proudly sporting his dog harness on a walk; how his tail wags with total enthusiasm whenever he sees you lift up his dog bowl and fill it with his favorite dog food, or the way he tilts his head to the side with the puppy ears perfectly displayed whenever you offer him a dog treat; how he pounces after he bounces after his rope and tug toys; the way he curls up in his dog bed (complete with a pair of dog pajamas and plush dog toy curled tucked under his arm!)… Yes, it’s pretty safe to say that your pooch fills your days with total cuteness overload. But of all of this adorableness, there’s something that he does that may take his cuteness to a whole new level: when he leans on you.

Honestly, there may not be anything more adorable in the entire world than a pup leaning on his human companion. While you welcome his leaning, you’re probably wondering why he does it. Is it because he’s tired and he needs some support? Perhaps he’s trying to assert his dominance? Nope! Believe it or not, the reason why your dog leans on you is really quite simple: he just wants to be near you.

Dogs are social animals by nature, and they love to have physical contact with their two-legged companions. It makes them feel secure and it just gives them all of the warm, fuzzy feelings inside; the same feelings that you experience when your pooch is near you. Large breed dogs, like Saint Bernards, Doberman Pinschers, and even Great Danes, are more likely to lean than smaller breeds. Why? – Because small breed dogs can be easily scooped up and nuzzle into their owners arms or curl up into their laps; but for bigger pups, lap cuddling isn’t as easy; so, they lean!

Whether your furry BFF leans gently, pushes into you with all of his might, sits on your feet, or sits beside you with his head gently placed on your lap, he’s doing it because he wants to get as close to you as possible; he wants to be affectionate and just snuggle. No matter how your pup leans on you, there’s one thing for sure: it’s probably the most endearing thing ever! Seriously, as if your pooch couldn’t get any cuter; but wait, he does get cuter, because now you know that when he’s leaning into you, he’s doing it because he wants to be near you. How much is your heart swooning just knowing that!

So, the next time your pup leans on you, give him a pat on the head and let him know how much you love him, too, and remind him what a good boy he is. Welcoming his leaning will further strengthen your bond, which is probably already quite strong, considering the fact that he’s leaning on you. 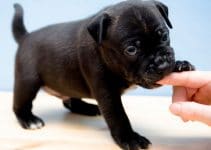 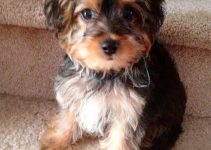 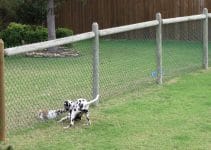 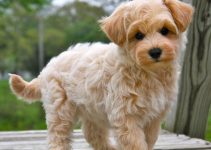 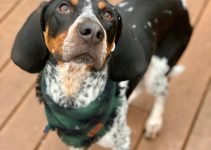 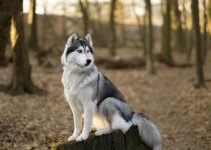