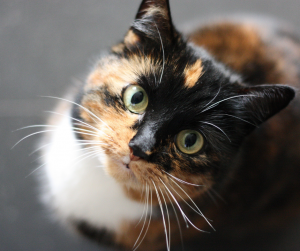 Cats and emotions never go together, right? Cats have been a part of human households for thousands of years, yet we still don’t know everything about them. It’s easy to think of cats as aloof, independent creatures who couldn’t care less about pet owners or human emotions. But the truth is, cats are much more in tune with us than we give them credit for. In fact, recent studies suggest that cats can actually sense our emotions. Here’s a look at the science behind how our feline friends understand us.

Cats are experts in reading body language and subtle signals given off by other animals. Research suggests that cats are capable of recognizing human faces and human facial expressions, and even distinguishing between familiar people and strangers. In one study, cats were shown pictures of their owners and unfamiliar people, and the researchers found that the cats were more likely to look longer at images of their owners than strangers. This suggests that cats can recognize facial features and connect them to memories or emotions associated with those particular faces. That’s why a cat may gravitate more toward a smiling owner and a happy face rather than someone who is in a bad mood or having a bad day.

Do Cats Respond To Vocal Cues?

In addition to recognizing faces, cats also respond to vocal cues from humans. Studies have found that when people talk in a high-pitched voice (i.e., baby talk), cats will show more positive behaviors such as purring, rubbing up against their owners, or even licking them! On the other hand, when people use a lower pitch or an angry tone of voice towards their cat, they will usually display more negative behaviors such as hissing or avoiding their owner altogether. So it seems that cats not only recognize human faces but also respond differently depending on how we sound when we talk to them.

Are Cats Sensitive To Our Emotions?

Given these findings, animal behaviorists think it’s reasonable to conclude that cats may be sensitive to our emotions as well (basic emotions at least) — especially since they can recognize our facial expressions and react differently depending on how we sound when we speak to them. Furthermore, research has found that cats can distinguish between happy and angry voices with just one word! This suggests that cats may be able to pick up on subtle changes in our facial expressions or tones of voice in order to determine what kind of emotion we’re feeling at any given moment. Behavioral changes, negative emotions, and changes in body postures can influence cat body language. Cats are social animals, and they do experience their own emotions on a regular basis; however, they are not meant to process a wide range of emotions like humans.

Cats demonstrate a wide range of behaviors that show they can experience varying levels of emotion. While it is impossible for us to know precisely what cats feel, research has shown that cats display signs of happiness, sadness, fear, anger, anxiety, and even jealousy. They also have an innate sense of curiosity which could be seen as an emotional response. In short, cats have emotions like any other living creature.

Do Cats Have Empathy?

The first step in understanding whether or not cats can sense emotion is to understand if they have empathy. Studies have shown that cats do possess empathy and can make emotional connections with their human companions. This means that they may be able to pick up on cues from their owner’s body language and facial expressions, giving them an idea of how their owner is feeling.

Cats also tend to be very sensitive animals and may be able to pick up on subtle changes in the atmosphere around them. For example, if someone enters the room with negative energy, cats may become more alert than usual and may even hide away until the person leaves. This could be because they are picking up on the negative energy in the room and reacting accordingly.

There is also some anecdotal evidence to suggest that cats can sense moods as well as emotions. This could mean that your cat knows when you’re happy or sad, excited or stressed out—without you having to say a word! Some cat owners report that their cats will come over and cuddle when they are feeling down, while others report that their cats will act more playful when they’re feeling happy and energized.

The Power of Smell

Scientists believe that cats are able to detect our emotions through their exceptional sense of smell. Cats have an acute sense of smell—even more so than dogs—and they use it to pick up on subtle changes in scent caused by emotional changes in humans. For instance, when we get stressed or anxious, we release hormones like cortisol which can be detected by a cat’s powerful nose. This gives cats insight into our emotional state and allows them to respond accordingly.

The Power of Vibration

In addition to using their noses, cats also rely on their acute senses of hearing and touch to detect emotional cues from humans. Cats have very sensitive ears that can pick up on subtle sounds and vibrations made by people expressing various emotions like fear or joy. Additionally, cats’ whiskers are incredibly sensitive and can detect even slight movements in the air—like those caused by someone talking or laughing—which helps them gauge our emotional states even further.

Can Cats Comfort Us?

Yes! Research suggests that cats are very good at providing comfort during times of stress or grief. This could be due to their innate ability to detect human emotion or simply because they provide unconditional companionship during difficult times. What’s more, there is evidence to suggest that petting a cat can lead to the release of calming hormones like oxytocin which could help alleviate anxiety and depression in people who suffer from these conditions. The next time your feline friend comforts you, give them a treat as a reward.

When a cat picks up on a person’s emotion through smell, sound, or vibration, they naturally respond accordingly. If they sense that you’re feeling down or stressed out, they may come over and try to comfort you with headbutts and purring—a behavior known as “bunting” among cat owners. On the other hand, if they sense you’re feeling happy or excited, they may start playing around with toys or seek out attention from you in other ways. All these behaviors show just how closely connected cats are to their human companions!

It’s clear that cats have an innate ability to understand us better than we realize! By relying on their powerful senses of smell and hearing (and a bit of help from their whiskers!), cats are able to pick up on subtle cues that tell them how we’re feeling at any given moment—and then act accordingly! So the next time your kitty snuggles up beside you when you’re sad or plays around when you’re happy, remember that it isn’t just chance; your furry friend is simply trying to be there for you in any way possible!