The Cockerbull is a breed meant to be treated like a child. It needs compassion, tender love, and a whole lot of attention. You will have to teach it how to move and behave. By the end of it all, it will form an unbreakable bond with you. Couple that pure love with how adorable the Cockerbull is, and you have a heart-melting machine in the house. To help you gauge its personality better, we have accumulated vital information about this breed. 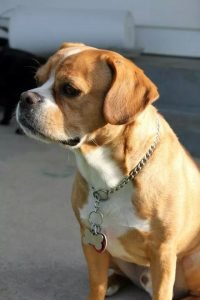 The Cockerbull is a hybrid breed with two slightly different purposed dog breeds as parents. It’s comparatively modern, and that’s why we can’t understand its true history. Yet, we may unravel its mysteries by looking at the history of its parents. The first parent is the Cocker Spaniel. It is a breed thought to date back to the 14th Century. The main distinction between this breed and its close relative Springer Spaniel is size. Apart from that, both of these breeds share a common ancestor in the form of the Land Spaniel. The AKC accepted the Cocker Spaniel in 1873.

The second parent breed is the Bulldog. This breed has its own bloodied history. The Bulldog was first conceived to be used as a bull-baiting dog. This bloody sport was, however, outlawed by the end of the 18th Century. After that, this breed became tamer and more family-oriented. This event describes the past and gives us a contrast of how much this breed has evolved. The AKC officially recognized the breed in 1886.

The Cockerbull has an interesting physical appearance thanks to both of its parents. It will normally have a short to semi-medium length coat. The texture of the coat can change between smooth and slightly coarse. The body of the Cockerbull will have the muscle definition of the Bulldog but the overall shape of the Cocker Spaniel. The ears of this breed are short and slightly pointed. Its eyes are deep and lively. Its puppy eyes can be melting machines.

How Big do Cockerbull Get

The Cockerbull, as stated above, will have proportions resembling both parents. The height range like the Cocker Spaniel will be 14 to 15 inches. Weight ranges of 40 to 50 lbs and 30 to 40 lbs for males and females, respectively, are inherited from the Bulldog.

How Long Does Cockerbull Live

The Cockerbull is a healthy breed and will, on average live between 12 and 15 years. The medical attention that it receives will affect its maximum potential lifespan.

How Much Does a Cockerbull Cost

The Cockerbull is a fairly new breed, and that’s why its price is affordable. The average value for a Cockerbull puppy is above 600 dollars. The price still is slightly more because of its designer status.

The Cockerbull is a sassy boy/girl with an attention-gaining personality. Thankfully over the years, both the Cocker Spaniel and Bulldog developed into family-friendly breeds. This lovable nature manifests itself in the Cockerbull. It loves being around humans, though we wouldn’t recommend bugging it excessively while it’s sleeping. The breed doesn’t do well with being separated from its humans. You should get an indoor Dog Bed to keep it safe and cozy inside the house.

Training it can be a minor inconvenience. Why? You ask. Because it doesn’t do well with orders. It inherits this stubbornness from its Bulldog parents. You will have to use reward-based systems, and you may use Dog Treats to motivate it slightly. To get help regarding its training, a Dog Training Book may prove helpful. Overall it is a manageable breed that will be one of the most lovable companions you’ll ever get.

Like every sweet and caring breed, the Cockerbull, too, needs proper routine and care to help it stay healthy. To help you make those positive decisions for its health, we have collected vital probes regarding its care routine.

The Cockerbull borders on medium-sized categories of dogs. Consequently, it will need two to three cups of nutritious and rich food. You will have to limit its diet if you are using Dog Treats or any other treats in training or in general.

How to Groom a Cockerbull

The Cockerbull will require moderate to high grooming mainly because of how much it sheds. To keep its coat from knotting or matting, use a dedicated Dog Brush. Normally it should receive at least a few sessions per week. It should be bathed only when you feel an odor wafting from it. When you are bathing it, ensure the use of a Dog Shampoo to keep its skin safe and healthy. Trim its nails with Nail Clippers for Dogs. Brush its teeth and clean its ears. That’s pretty much all for the grooming routine of the Cockerbull.

The Cockerbull would rather stay inside snuggling beside you than running around. It won’t complain about having a bit of fun, but excessive isn’t for this dog. Yet to keep it healthy, ensure a 40 to a 50-minute session every day. Please take it to the park, to give it socialization along with exercise.

The Cockerbull is a moderate care requiring breed. Why? Grooming, first of all, can be slightly tricky if you are a first-timer. It needs consistent sessions throughout the week to keep shedding to a minimum. Socialization for the Cockerbull isn’t going to be very time-consuming because it is a friendly breed. Training, on the other hand, can be hell, especially for first-timers. Overall it’s a breed that can be managed with patience but may become a problem if you don’t have guidance.

The Cockerbull is one of those unfortunate breeds that inherit a whole army of vulnerabilities. The reason for that is not important. The main problems that it tends to inherit include Pulmonic Stenosis, Hip Dysplasia, Eye Problems, Brachycephalic Syndrome, Deafness, Cardiomyopathy, Demodicosis, Urolithiasis, Eye Abnormalities, and Hemivertebrae. The worst part is that these aren’t even half of the conditions.

The most important thing in its case is consistent medical check-ups. The more often you take it to the vet for a medical check-up, the greater its chances of fighting the disease. The reason is that timely check-ups mean timely medication. Please listen to your vet. Give your pet thorough examinations, and everything will work out. 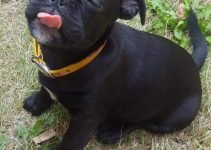 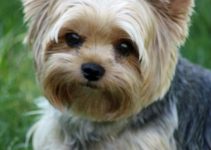 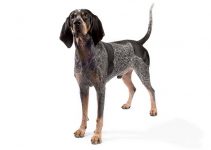 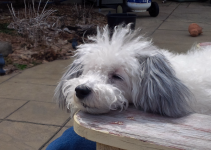 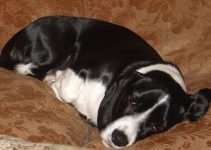