The best word to describe the Elo would be short. Why? It’s a modern breed with a short history. It’s short in height. It even has a short name. For all we know, we’re surprised that it wasn’t named shorty. The Elo has a cuddliness factor of 100, and its lovability factor is at least 1000. The last time we checked, this breed could lick your face like a pro.

If you want a breed that can brighten up your day with a single smile, then the Elo is the perfect match for you. Yes, we know that this isn’t much to base your decision on. Thus we have collected various other pieces of essential information to help you understand the breed better. 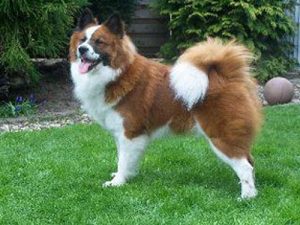 The Elo is a modern breed, which for once has a documented history. The birth of the Elo took place in Germany. The year of its birth is stated as 1987. The origin of this breed can be traced back to two breeders named Heinz and Marita. Both of these breeders wanted to create the perfect family breed. To do this, they took multiple dog breeds and cross-bred them continually until they got their desired result.

Yes, you are correct in assuming that the Elo was that result. The breeds used to make this super friendly dog were Eurasier, Dalmatian, Chow Chow, Old English Sheepdogs, and Samoyed. The Elo remains rare to this day because they are the trademark of the Elo Breeding/Research Association. Foreign breeders have tried to breed the Elo for profit which has introduced some odd varieties into the market.

How Big do Elo Get

The Elo is a medium to large-sized breed with a heart of gold. The weight of the Elo will vary between 39 and 77 lbs. The Elo will usually be 18 to 24 inches tall. Its size won’t stop it from sitting in your lap.

How Long Does Elo Live

How Much Does a Elo Cost

The Elo does not currently hold a stable position in the market. You could get this breed for anything more than 300 dollars. The price can rise by a few hundred depending on various conditions. The first condition is its health, and the second is its traits. If you get it from the official German organization, it will cost you a lot more.

The Elo was bred to be a family dog. Its friendliness is no surprise, considering its primary purpose. The Elo will trust and protect every member of the family. Small children should ideally be supervised because the Elo might unintentionally hurt them. Otherwise, you can trust this breed when it comes to friendliness. The Elo is also certified to befriend other small and large pets.

Training the Elo is easy if you know what you are doing. You will have to keep it engaged by giving it both a dynamic training routine. If you follow the same routine, then it will get bored. Boredom means that it won’t listen or lose interest. Overall it is still considered one of the easiest breeds to train.

The Elo is a medium-sized breed and thus will require nutrition accordingly. You are to give it only two to three cups of nutritious Dog Food every day. You may use Diamond Naturals Dog Food and Merrick Dog Food for that specific purpose. We do encourage you to research and find a suitable choice by yourself to remove any doubts.

How to Groom a Elo

The Elo will either have a slightly wiry coat or a healthy straight coat. The shedding of both coats is quite a lot. Accordingly, you will have to brush its coat regularly to keep everything in order. We recommend using a dedicated Dog Brush to keep its skin healthy and shiny. We recommend bathing it only rarely. Use a Dog Shampoo to help it retain the natural oils produced by its skin. It would be best if you also had its nails trimmed after every two weeks. Finally, use dog toothpaste to brush its teeth as often as you can.

The Elo is a highly active breed, which isn’t surprising, to be honest. It has multiple parents that are/were considered high-energy dogs. Accordingly, the Elo requires a healthy dosage of daily activity. We recommend giving it intensive workout sessions. You will have to devote at least an hour of your daily time to give it the right physical stimulation.

The Elo doesn’t require a lot of effort to maintain its coat. Normally keeping it safe from extreme heat is the best strategy. It has a coat that will warm it up quickly. Secondly, keep its ears clean. The ears of a dog are natural magnets for infections and decay. Use a cotton swab or soaked in a sterile solution to keep its ears clean and healthy. Finally, do not ignore the Elo for long. It thrives on attention, and if you deprive it of that, it will be heartbroken.

The Elo is surprisingly healthy, considering its mixed bloodlines. The only things that you should be worried about are a few hurt bones in its formative years and Distichiasis. With age, it may develop some hearing and sight problems. Otherwise, this is a very healthy breed. To remain safe, we recommend taking it to the vet’s office every month. Any small problems that it may have will be solved there. 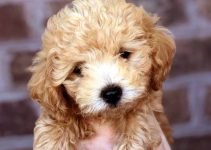 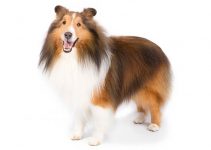 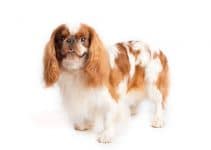