The Pom-A-Nauze is a hybrid of the two well-known breeds, the Miniature Schnauzer and the Pomeranian. It has been bred for a long time and is one of the most popular hybrids. It is likely to have originated in the early 1900s. It is recognized by the American Canine Hybrid Club, Dog Registry of America, Inc., Designer Breed Registry, and International Designer Canine Registry.

A small dog with a double coat is likely to be more acclimated to the changing climate. Easy to maintain and doesn’t take little more than a good brushing every week or so. Other names for this hybrid breed are Pom A Nauze, Pomanauzer, Scheranian, and Schnauzeranian. 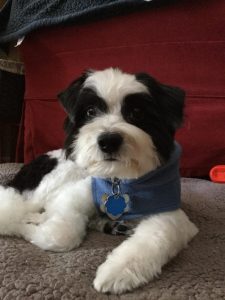 There is not much information on the Pom-A-Nauze breed itself, but we can learn about the parent breeds to understand what to expect from the hybrid breed. The Pomeranian is an ancient dog breed descended from larger Spitz-type sled dogs from Iceland. The dog has its roots in Pomerania (now known as Germany and Poland) and lent its name here. The attractive appearance of this dog intrigued many people, and that is why it was famous among royals. In 1888 the American Kennel Club officially recognized this dog.

The Miniature Schnauzer originated in Northern and Central Germany, where he was a ratter and badger dog. During the 1800s, the breeders crossed Standard Schnauzer with the Affenpinscher to produce this tiny Schnauzer version. The dog continues to serve by hunting vermin and protecting the flock. It is a perfect companion for those living in apartments and smaller places.

The Pom-A-Nauze is a small dog with a squarish head that is in proportion with the body, and medium-sized ears. It is likely to be more acclimated to the climate with its thick double coat, thick, silky, and wavy. The tail is often long and thick at the base. The dog has a squarish face with bright eyes and a black nose. Eyes are rounded and dark, but some dogs may have lighter eye colors.

How Big to Pom-A-Nauze Get

On average, a mature Pom-A-Nauze weighs around 3-15 lbs. In addition, it stands around 8-14 inches at the shoulders. In contrast, the female dog tends to be comparatively smaller.

How Long Does Pom-A-Nauze Live

The Pom-A-Nauze has a longer life than a smaller-sized dog. However, its lifespan depends on its good health, which you can maintain with proper supervision and care. Under suitable conditions, it can live for around 14 to 16 years.

How Much Does a Pom-A-Nauze Cost

Pom-A-Nauze can run you around $400 to $800 or more from a good lineage. With these hybrids, it largely depends on their heritage. Plan to spend around $500 on annual medical expenses and budget between $600 and $750 for non-medical expenses, i.e., dog food, grooming, etc.

Your Pom-A-Nauze can inherit any combination of personality traits from his two parent breeds. He is a very happy dog and enjoys getting attention from his human family. Affectionate and generally well-mannered when properly trained it is good with people of all ages and youngsters.

Socialize them well while they are young and throughout their entire life. Basic obedience is a must to make them learn your commands and obey you. Pom-A-Nauze has a curiously sharp and high-pitched voice that alerts you of an intruder or stranger coming your way. He is naturally protective and barks at suspicious behavior, though he is not inherently violent or aggressive.

Before you go out and scoop up the cute little Pom-A-Nauze, it’s wise to have a thorough understanding of this breed’s care needs. The following heading entails the essential factors of this hybrid’s care.

Pom-A-Nauze is a small dog, and Food for Small Dogs will be a great fit for them. In addition to dry kibble, you can switch it up with an occasional homemade meal, Wet Dog Food, Freeze-Dried Dog Food, and other tasty treats. If you overfeed them with no exercise, these pups will likely gain weight.

How to Groom a Pom-A-Nauze

Pom-A-Nauze doesn’t take little more than a good brushing every week or so. It doesn’t tend to drool but needs regular tooth brushing to keep its teeth healthy. Bathing must not be frequent, and a rub-down with a damp cloth is often all it requires.

Pom-A-Nauze has moderate energy levels that can pent up with 30-40 minutes of daily walk sessions. Playing and activities with the family is good for better socialization and creating ties with the family. Rough-housing or jumping from any significant heights is not good for its joints, especially when young.

Pom-A-Nauze can be a zesty eater, which you can prevent by breaking up its food per day into three or more meals and consider getting a slow-feeding Dog Bowl to slow down its intake at mealtimes. It is a fairly active breed and requires plenty of daily exercise in addition to some active playtime.

A walk to the canine park or sufficient playtime would help in ensuring its physical and mental health. With proper training, socialization, and consistent rules, you will find that your little Pom-A-Nauze buddy is not only a companion but also a wonderful foot warmer at night.

Pom-A-Nauze is a healthy hybrid that diminishes its parental health concerns in the breeding process. Still, it may be prone to developing the following conditions in rare instances Von Willebrand’s Disease, Legg-Calve-Perthes Disease, Portosystemic Shunt, Sick Sinus Syndrome, Urinary Crystals and Stones, Patent Ductus Arteriosus (PDA), Entropion, Cataracts, Epilepsy, Megaesophagus, Diabetes, Progressive Retinal Atrophy (PRA), Keratoconjunctivitis Sicca (Dry Eye), and Canine Glaucoma. Therefore, do your proper research before getting one of these dogs. Sometimes that might mean taking longer to find the right dog, but that is time well spent, and you end up having a healthier dog. 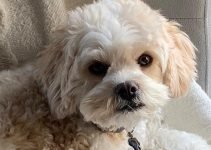 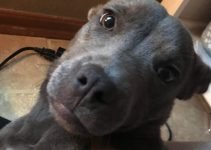 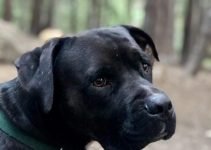 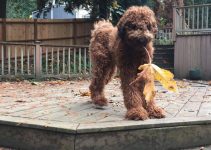