The Cesky Terrier, national dog of the Czech Republic, is a clever and adventurous playmate for kids and an eager walking buddy. The originator of the Cesky was a Czech breeder and geneticist Frantisek Horak. After nearly 30 years of research and breeding Scottish Terriers with Sealyham Terriers the Cesky Terrier was officially recognized by the Federation Cynologique Internationale (FCI) as an established breed.

They are a scarce breed, with only about 600 living in America. The breed entered the Terrier Group on June 30, 2011. The Cesky Terrier has appeared at Westminster; and received its first Group 1 win on October 14, 2012.

Ceskys are muscular and short-legged no taller than 13 inches at the shoulder with a length of 15 to 17 inches and weigh 14 to 24 pounds. Their fine, silky coat comes in several shades of gray, including a stunning platinum. They have wavy facial hair and a medium-long neck.

A Cesky Terrier’s coat requires daily brushing and regular trimming. The legs and belly are left unclipped to form a low skirt, while the hair on the foreface is grown into a beard and eyebrows.  The hair on their feet and between their pads need to be trimmed to prevent the hair from forming mats. The Cesky coat does not shed dirt as some harder coats do, so he needs regular baths. They tend to grow a lot of hair in the ears, and this should be removed during each grooming appointment to prevent ear infections.

Cesky Terrier’s life expectancy is 12 to 15 years. The Cesky is a well-mannered dog who loves to play. He’s not prone to extreme behaviors, like aggression or nervousness. Ceskys do not bark much because they don’t find there to be much that excites them enough to bark. The Cesky is typically reserved around strangers, though he is polite. However, he is not born with politeness as an inherent trait. He must be taught early on with frequent socialization, boundaries, and limitations when he is still a puppy.

The Cesky’s calmer demeanor makes him a good choice for a household pet, rather than a pet who serves as a workout buddy. He does, however, have a high energy level. He’s just not quick to snap or jump at every little thing. He’d much rather use that energy to run around the yard or chase potential prey. He needs regular exercise so that his higher energy level does not backfire on both him and you and lead to destructive or otherwise unwanted behavior.

Typically, the Cesky is not aggressive with other people or dogs. They are extremely gentle with children of all ages and get along well with dogs and other animals, provided that they are socialized well from an early age. He is a more sociable dog than most Terriers. However, if he sees something small, like a squirrel or mouse, he will take off after it like it’s the last time he’ll ever get to do it.

Caring for a Cesky Terrier

Next, we’ll go into how you should care for a Cesky Terrier.

Cesky Terriers do well when consuming high-quality dog food, whether commercially manufactured with meat listed as the first ingredient or home-prepared (with veterinarian’s supervision and approval). Fresh fruits and vegetables can also be included in the Cesky diets. All diets need to be appropriate for the dog’s age (puppy, adult, or senior). Ceskys love to eat, so carefully monitor his food intake to avoid an overweight Cesky. Although helpful in aiding training, giving too many treats will cause obesity. Clean, fresh water should be available at all times. Of course, a veterinarian is the best resource when there are questions regarding diet.

Like all terriers, Cesky Terriers are a highly energetic breed and require regular exercise and play. When not given the chance to spend their excess energy they can often turn destructive. Therefore, they are best suited for families with large yards where they can play freely. However, they are also able to live in smaller living spaces provided that they are given regular exercise. Although a small breed of dog, they make excellent jogging and hiking partners. Ceskys must always be on a leash when not within a securely enclosed area for their safety since they will chase small animals.

The Cesky’s intelligence and lower level of stubbornness makes him a joy to train. They will shut down if faced with negative or harsh training methods, so exercise only a positive, reward-based approach to training. They have a very high prey drive, however, which should be squelched from the beginning. Cesky Terriers are extremely intelligent, sensible, and feisty, which makes them a good candidate for training for dog sports. Something you will need to train him out of is being a food thief; it’s not only rude to steal someone’s food, but he may also be more likely to gain weight.

With a small gene pool in the United States, breeders are doing their best to eliminate genetic health problems that are currently possible in the breed. These include patellar luxation (when the dog’s kneecap (patella) is dislocated from its normal position in the groove of the thigh bone), cardiac problems, progressive retinal atrophy, and cataracts.

Many suffer from a neurological issue known as Scotty Cramps. Symptoms typically arise after the dog exercises or becomes overly excited. The episodes may continue for up to 30 minutes and include such signs as gasping, shortness of breath; the dog may even stop breathing for a short time, contraction of facial muscles, arching of lumbar spine, stiffening of hind limbs or sudden collapse.

Ears should be cleaned regularly to remove excess wax and other debris with a soft cloth or cotton balls. Never use cotton swabs as they may cause damage to the ear canal; only a veterinarian should perform cleaning with swabs. Regularly trim nails to avoid overgrowth and cracking. You may use a nail clipper or a grinding tool. Teeth should be brushed often, using a toothpaste designed for dogs. Gum disease can lead to heart, liver, and kidney problems. 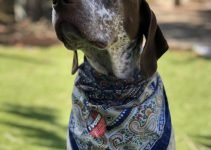 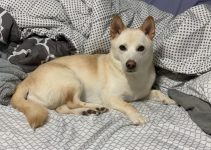 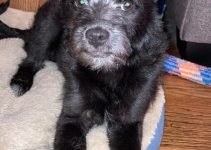 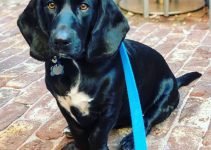 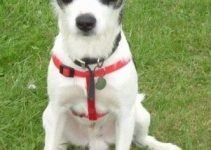 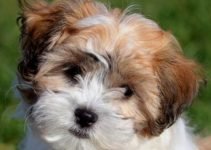